Being back on track continues to pay off!

I still feel like I maybe need to calibrate my calories a bit more, that's a pretty big loss for just a week's time.  To be fair, I was insanely active yesterday so that may have caused part of it.  I'm going to keep things at 1550 for another week and monitor.  I'm no longer famished between meals at least!

I'm sure you've seen on the news, but Portland got hit with a historic snow storm on Tuesday night into Wednesday.  We got about 8 or 9 inches at our house, which obviously is peanuts for places in the Midwest/East, but it's a huge deal here!  We had to stay home yesterday and will have to again today.  I don't know what it is about when it snows, but psychologically I just feel really antsy and almost trapped.  I felt like I was on speed yesterday and just could not sit still.  I did an extra lower body workout on top of the one scheduled, so it came to about an hour and a half of HIIT and lifting.  Then we took Molly for a walk in the snow, then I shoveled the driveway.  I still felt like climbing the wall after all of that, so I did an hour of yoga style stretching.  I never did feel tired.  I mean it's never good for your body to sit still for long periods of time, but damn, it just got ridiculous after a bit.  Today will probably be more of the same, except today is upper body/abs.  We may actually take a walk to a local diner just to get out of the house since we both have cabin fever like crazy.  Having said all of that, the snow is absolutely gorgeous and our normal old street looks like something out of a Thomas Kinkade painting.  These are some of the pictures from our walk yesterday: 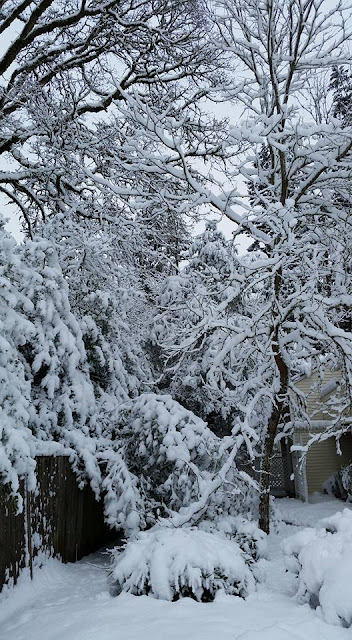 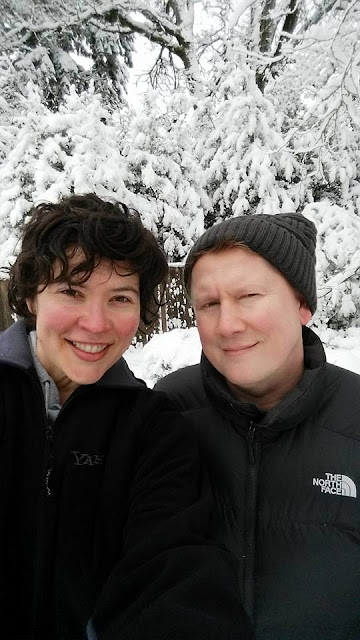 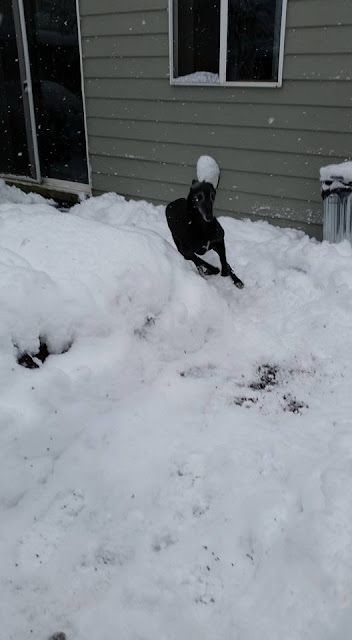 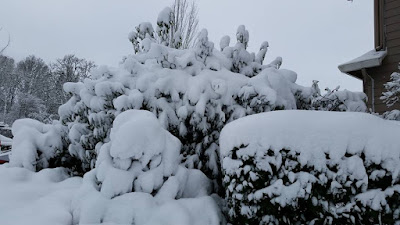 I love that picture of Molly.  She was none too pleased by the snow, especially since it was up to her chest, so I shoveled a tunnel in the backyard so she would have an easier time going out to potty.  It must have reminded her of the race track because she started zooming in circles!  That wonderment lasts all of a minute for her, so she's mostly been hanging out on the couch with a blanket over her.  She's funny, she likes to split her time being downstairs with Eric and then coming to visit me upstairs in my office and sleeping on the futon in here. 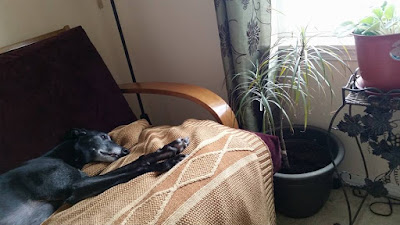 Anyway, that's really about all of the news there is.  Hopefully we thaw out soon (though it doesn't look likely).  In the meantime, I'm going to zone out to some classical music and get some work done!

Posted by Runs To Get Waisted at 7:28 AM