So I am spontaneously putting a pause button on my weigh in for this week!  My sister-in-law and her husband were supposed to be here all week visiting from the East coast, and long story short, they were unable to come due to weather related flight cancellations.  The poor things, their original flight on Sunday got cancelled, they rebooked and tried to leave Tuesday and THAT flight got cancelled too.  We were bummed because we missed them and wanted to see them, but also because we were so looking forward to having a few days off from work.  (Eric was supposed to take the whole week and I was taking 2 days).  Once we realized they probably weren't going to be able to make it and the sads set in, I suggested to Eric that we end up keeping some of the time off and just having a fun little staycation here with the two of us, so we ended up taking Thursday and Friday off together.  I am actually pretty excited to have a four day weekend with him.

Life hasn't really been stressful lately per say, but I do feel like we've gotten into this cycle the last 5 years of constantly being busy and on the go all of the time.  There's also been a lot of change and thrash what with all of our job nonsense, and then my family nonsense, and then a ton of house projects and cleaning this year.  I just kind of realized the other day that we don't really just stop and just play anymore.  Sometimes it's good to wake up and just not have an agenda, so that's kind of our goal for our time off.  We haven't made a single plan and are just kind of winging it as we go.

Part of winging it was deciding to just not worry about my weigh in this week and to be somewhat forgiving towards myself on the food thing.  I mean let's face it we're on a staycation in Portland, which has some of the best food in the United States.  I know we're going to be going around and probably hitting up a couple of places we've been wanting to try, so I just made a deal with myself.  I will track everything in MFP to keep myself honest and informed, but I will enjoy myself and not feel guilty about having fun and indulging.  I mean I'm not going to go absolutely insane, I still want to keep my calories at 2000 or so, but I'm not going to stress about it too mightily.

Today we decided to go wine tasting which is something we used to do all of the time and haven't done in awhile.  It started out as a mission to go out to this antiques store I had in mind in order to find a stereo cabinet for the vinyl player we're getting from my aunt, and this antiques store just HAPPENS to be in wine country.  We didn't find a stereo cabinet sadly, but I did find the most perfect rolltop desk in the world, which is EXACTLY what I wanted for the guest room I just painted.  I truly didn't think I'd find what I wanted because everything I'd seen was too big and a million dollars.  This beauty was a mere $100. 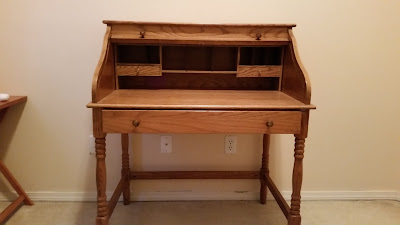 It's hard to see because of the shadows in the picture, but there are all kind of fun slats and compartments up at the top.  (Also yes, that lovely new cream color on the wall is what I just did!)  I am so excited, it looks absolutely perfect in the room, as though it were meant to be there.  I can't wait to use it!

Apparently today was National Wine Drinking Day or some such thing, so I guess it was fitting we went tasting!  We stopped at 2 places and were super happy with the experiences.  One of the wineries was one we'd not been to before named Evening Land (that was another goal for our staycation, was to do things we hadn't done before), and they had pretty amazing wines.  The other winery was Argyle.  I was jonesing for some sparkling wine and they have really good ones.  Eric was also able to get our tasting room guy to give him a sample of a really nice pinot that he had his eye on. 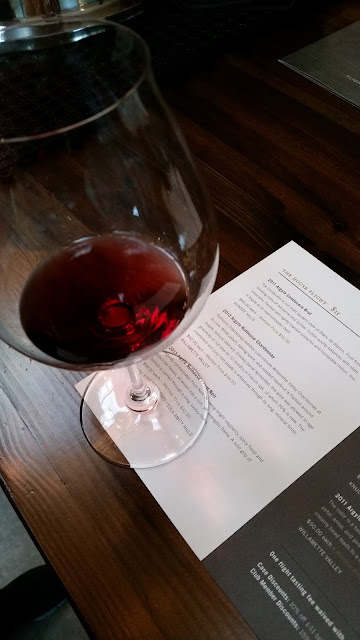 We went for lunch at a place we hadn't been to before named Red Hills Market and I had a really nice open faced ham sandwich and potato leek soup for lunch.  And we mayyyyyyyyyybe had chocolate pots de creme for dessert! 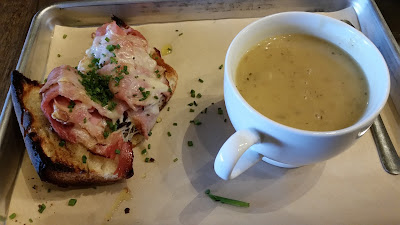 Since we were utterly ridiculous at lunch (yes I tracked everything and honestly tried to overestimate to keep myself in check), we had a more reasonable dinner of roasted salmon, steamed kale and roasted carrots.

We both feel pretty relaxed right now and this staycation was just what the doctor ordered.  I'll have to keep you guys posted on our adventures for the rest of it! 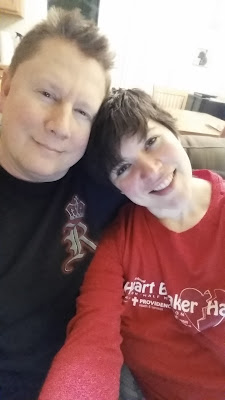 Posted by Runs To Get Waisted at 9:40 PM