When You're Not Made of Sugar & Spice (AKA, WTF Under Armour)

So let's go on an adorable journey today, where I tell you about a very young girl who was allowed to go to a grown up movie theater a very long time ago in a magical time called "The Eighties."

At a very tender age, I was taken with my older brother and my cousin to see Return of the Jedi.  I'm assuming Jedi is probably one of the first, if not THE first "big girl" movie that I got to go see, so it was a pretty big deal.  Since I was so little I don't remember specifics about that day, but I well remember being glued to my theater seat and enraptured by what I saw on the screen and thinking it was pretty much the greatest thing I'd ever seen.  I don't think I made a sound the entire movie frankly.  I know a lot of people hate on the Ewoks, but I loved them and was probably the very target they were marketing to.

From that day on, I was hooked on the Star Wars franchise and still am until this day.  I've seen the movies countless times and have been unbearable to be around due to my excitement over the new one that's about to be released.  Jedi has always been #1 in my heart due to that theater trip.  Not long after the movie my parents bought me a stuffed Ewok toy that I was OBSESSED with. 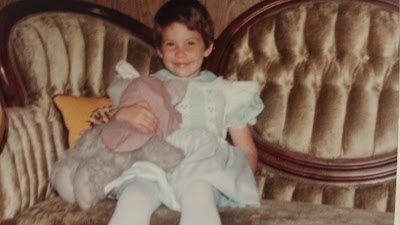 I was in fact so obsessed with my Ewok toy that I refused to let go of it during my preschool graduation.  In fact, the Ewok made the trip up the aisle with me to get my diploma, because even at 4/5 years old, I did not in any way give a damn.  Every single one of my graduation pictures is me and my Ewok, representin'. 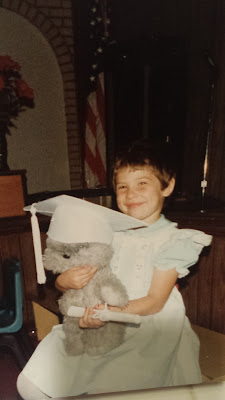 I am sharing this story not to illicit any "aww" reactions (I was pretty adorable though right?), I'm doing it to illustrate a point.  Sometimes, despite being jammed in a frilly dress, us girls can be geeky and nerdy with the best of them.  And you know what, we're proud of it.

The thing that prompted this post was my friend Desiree from Finding The Skinny Geek Within alerting our ladies group to something very infuriating this morning, that Under Armour has a really super cool line of Star Wars athletic gear, but there is not a single thing in that line for women.  Apparently the only people who work out and also happen to like Star Wars must be men or kids.  And not just any kids...boys.  The message is clear.  Women apparently are not supposed to be Star Wars fans.

It's incredibly disappointing that Under Armour completely excluded us from the mix.  I told you my little childhood story because I've literally never NOT been a fan of Star Wars (well except for the dark years with the prequels).  Star Wars was part of  my childhood just as much as my brother's.  I am literally taking the day off of work the day the movie comes out in order to go see it.   My point being, if Under Armour had Star Wars workout gear for women, you'd better believe I'd be whipping out my credit card to buy it.  I'm not the only one, so why are we being excluded?  I like Under Armour and I like their products.  I absolutely adore the beautiful commercial they did with Misty Copeland, who perfectly epitomizes beauty and strength.  It's honestly why it offended me so much, because that commercial was so great and inclusive, so why would they take two giant steps backwards with this?

Could I buy a men's shirt?  Of course.  In fact the couple of cotton Star Wars shirts I have are men's shirts because there ARE no women's shirts.  And you know what, they fit like shit since I am a WOMAN.  Women are shaped differently, and men's stuff just doesn't fit right.

I would really like to believe this is a completely boneheaded oversight on their part, but sadly this is such a theme in society that I have to wonder.  Girls are supposed to play with dolls when they are kids and like shoe shopping, reality TV and the color pink when they're adults.  Except, that's not really how it works.  Sometimes us girls are not delicate flowers made of sugar and spice.  Sometimes we are born geeky and come out of the womb loving Star Wars, DC Comics, Marvel, X-Men, Star Trek, Monty Python, Mystery Science Theater 3000 and Dr. Who.  Sometimes we're obsessed with our sports teams and can trash talk with the best of them.  A lot of us freaking hate the color pink with a passion.  At the end of the day we nerdy ladies just simply want the option to buy a freaking wick away shirt to work out in that shows our geek pride.  Is that too much to ask?

If you feel so inclined, please tweet or message Under Armour, which is exactly what I did this morning.  Be polite, but also firm in asking why did they not think to add women's and girl's clothing to the mix?  Can we expect some to be added?  And for the love of all things holy, can they make sure it's not pink?

Edit:  Just a few minutes ago a freelance writer named Vicky Garza let me know she quoted my tweet in her story about women being disgruntled over the lack of UA Star Wars gear for women!  Check it out!  Make your voices heard ladies!
Posted by Runs To Get Waisted at 1:10 PM