This past weekend was the first normal weekend I've had in almost a month, and I have to admit that it felt a bit weird!  I got over the weirdness really fast and really enjoyed just having relaxing quiet to myself.  I admittedly didn't set the world on fire with any type of running, but we did go for a nice long walk at the library park and saw tons of baby ducks.  Most importantly, we saw THESE baby ducks, which must have been only a day old if that.  They were so tiny that their little heads were about the size of a quarter.  I squealed and jumped up and down when I saw them, because being 35 I'm super demure and mature about these things. 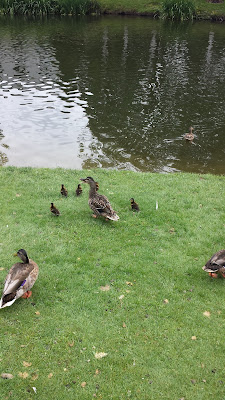 I also roasted our big German Butterball potato harvest, and by big I mean it was just enough for two servings.  Some of the potatoes were the size of quarters or dimes (boy I'm really into the coin size reference today), so it was pretty pitiful.  It was another one of those sad reminders that I just simply don't have the space to garden the way I want to, but I also think I fudged up by not doing a third hilling on my potato plants.  Regardless of the small amount they were absolutely delicious! 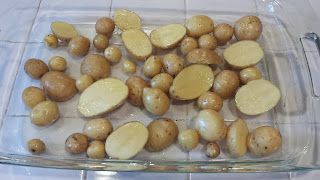 And to prove that life is full of delightful first times no matter how old you are, on Saturday we spontaneously decided to catch the ice cream truck that drives around our neighborhood.  I have never in my life had the experience of catching the "ice cream man" (it was actually a lady), I grew up in the sticks so we simply didn't have stuff like that.  I was pretty excited and we were laughing like crazy because we were having to chase the truck, plus we were quoting the ice cream skit from Eddie Murphy's "Delirious".  I chose a Good Humor sundae cone, which was just "eh" but at least the experience was fun! 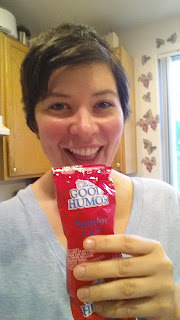 On a slightly more somber note we went to see the Amy Winehouse documentary on Saturday (titled Amy).  It was really marvelous, frankly Oscar worthy in my opinion, but of course it was devastatingly sad as well.  Amy Winehouse's downfall and death has always made me incredibly sad because she was so talented and seemed so fragile, and this made me feel even worse about it.  The documentary is almost entirely home movies, voicemails from Amy, interviews with Amy and interviews from her closest friends.  It felt like Amy's life as told by Amy, not hearsay from others so I felt that I understood her, or understood her as well as you can understand a celebrity.  I think the saddest part was seeing all the home movies of her as a young teenager when she was beautiful, fresh faced and already a singing powerhouse, and then watch as she gradually gets broken down by fame.  I know I haven't really set you up to dash to the theater to see it, but trust me, you really should.  Here is the trailer if you are interested:


To end on a more uplifting, running note, I began a new book on Saturday called Running With The Kenyans.  Basically it's about this runner who moves to Africa to try to find the secret to why Kenyans are such great runners.  I'm only a few chapters in but it's pretty good so far! 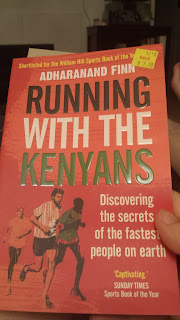 I also sat down with my running calendar (which has been woefully blank this year) in order to review and finalize my training schedule.  YIKES!  My official training starts in August but starting today I'm doing "preseason" training that I'll write more about in my post tomorrow.  I thought it was pretty fitting that the quote for the month of August was "We all have it in ourselves to be champions."   Hopefully I will feel like a champion throughout my training! 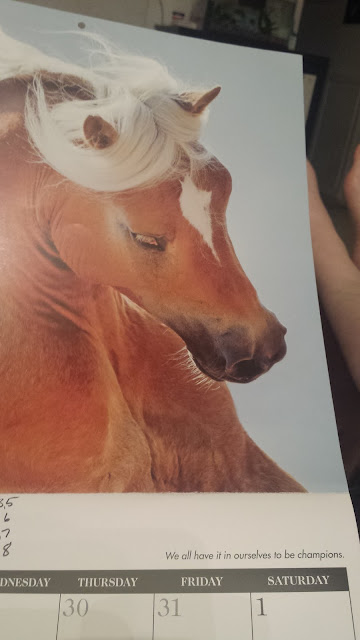 Posted by Runs To Get Waisted at 7:14 AM