Sorry for the lack of posts the last few days, I've been in a bit of a "meh" state of mind.  Long story short, I was in the running for a job that I ended up not getting.  I didn't talk about it on the blog because I didn't want to jinx it, but I guess that theory didn't pan out!  I really wanted it and liked the company/the people there, so it made it all the more disappointing.  It just brings up a lot of emotional crap.  Anyways, I needed a few days to kind of lick my wounds and am still in the process of doing that.

So what have I been up to the last few days?

1.  Attempting to keep Molly's feet out of my face, because they reek like corn chips and because I don't need a dog toenail in my eyeball/mouth. 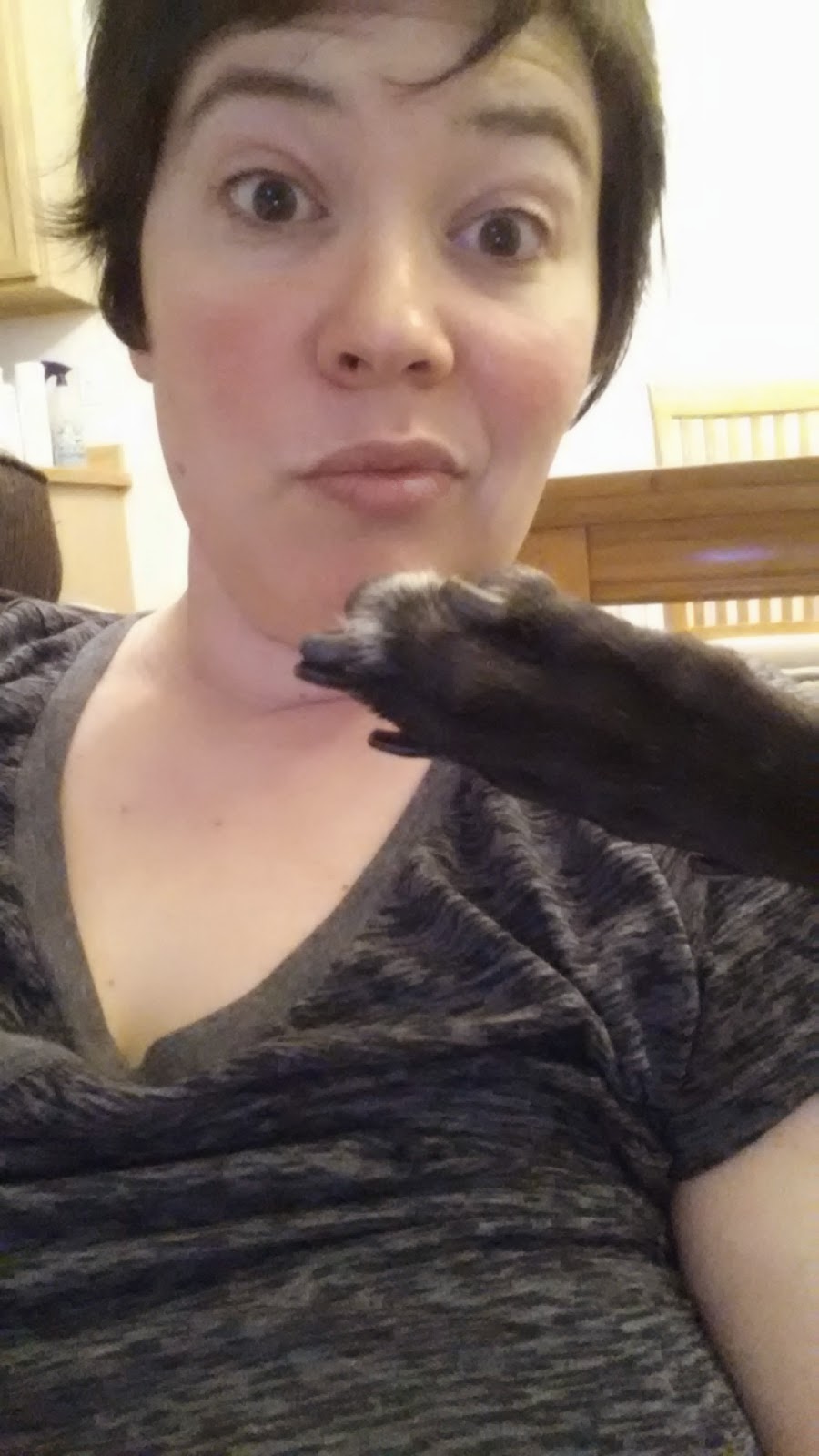 We've had these super nutty hail storms coming through, which isn't that unusual for springtime in Oregon, but these have been particularly crazy.  As you can see, it was piled up like snow the other day! 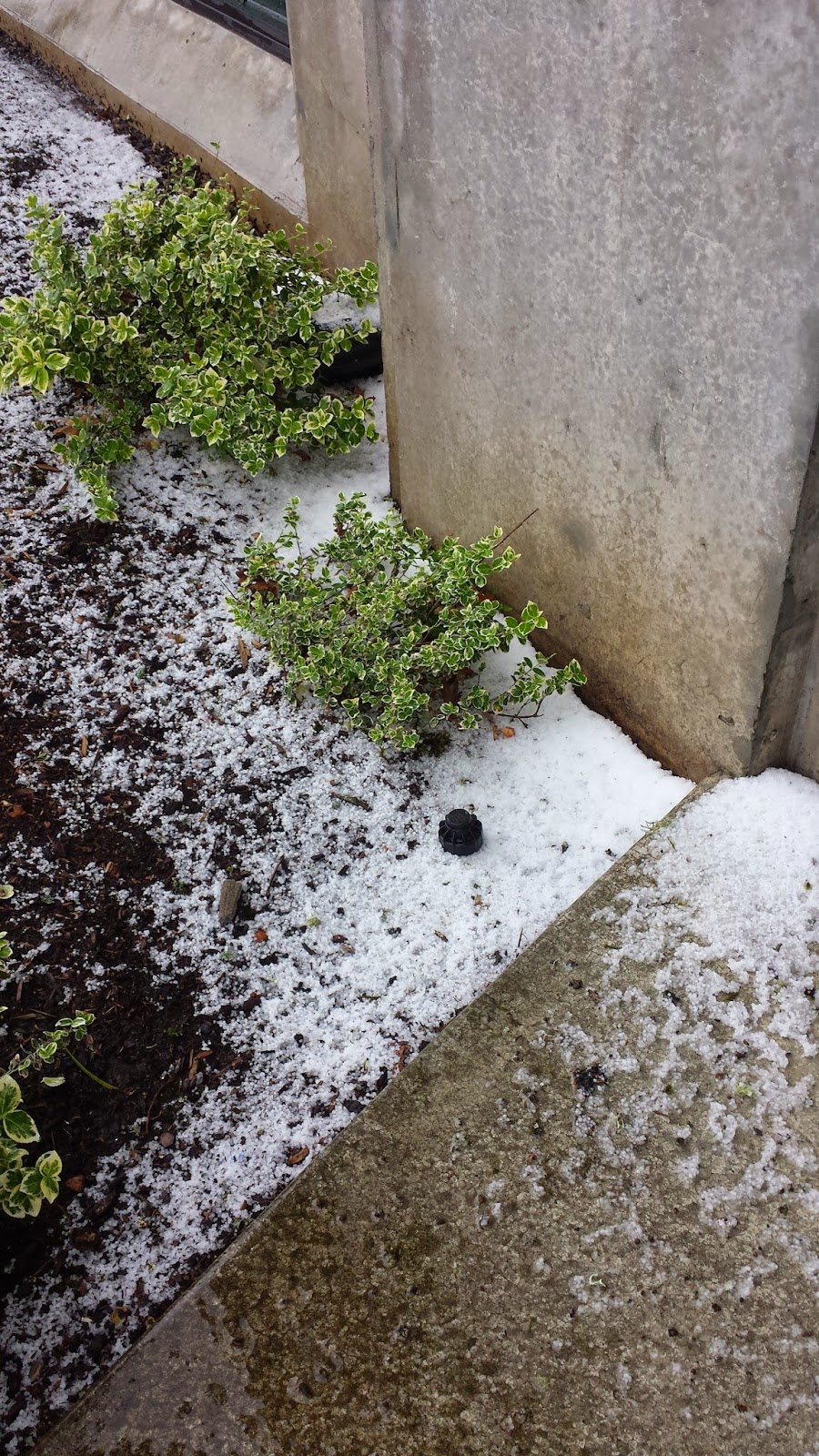 My herb garden needed some filling out, so I bought a few things the other day and I also planted some potatoes.  (German Butterballs, because us butterballs have to stick together).  I have a 2015 garden almanac that tells you when you are supposed to plant things, and the potatoes were supposed to be planted on April 1st,s o that's what I did.  We'll see if it works!  For the herbs I picked up more parsley plants as well as arugula and celery.  I've never tried to grow celery before, so we'll see how I do with it.  I actually really love celery leaves and you so rarely see them on the celery at the store, so at least this way I'll be able to have the leafy parts too!  I also got a few bee balm plants, which I have been trying to find for awhile, so I was excited to finally find them.  I am very obsessed with the bee die out that has been happening, (and frankly more people should get obsessed about it) so I try to do my part for the cause and to plant things that make the bees happy.  They are supposed to go crazy for bee balm, (the hummingbirds like it too!), so I've been wanting to get some.  I didn't realize you could make tea from it, so I guess it will be dual purpose.  I made some tea the other day and I don't think I used enough of the leaves because it barely tasted like anything.  I think the flowers are supposed to be the better part to use for tea. 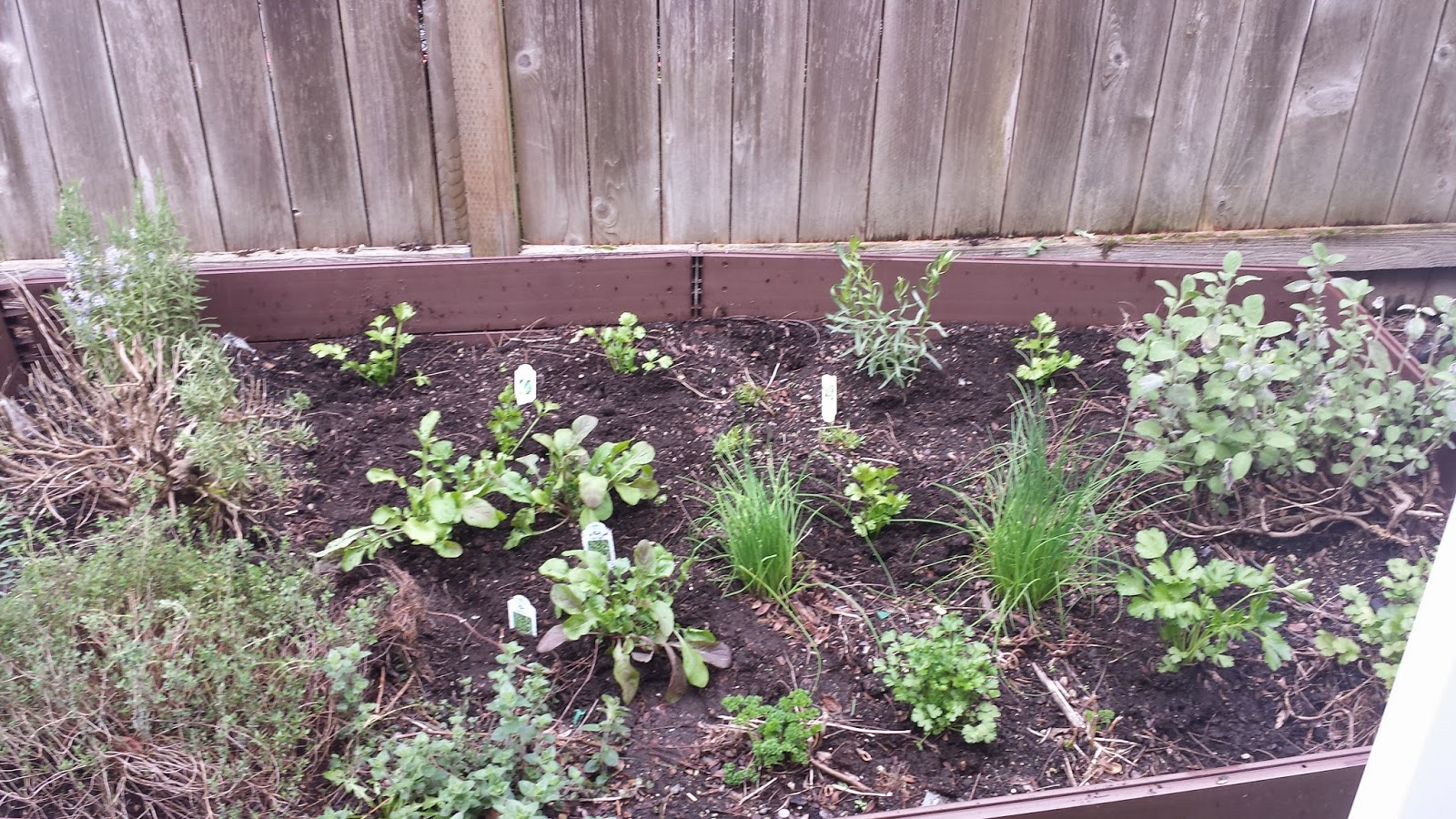 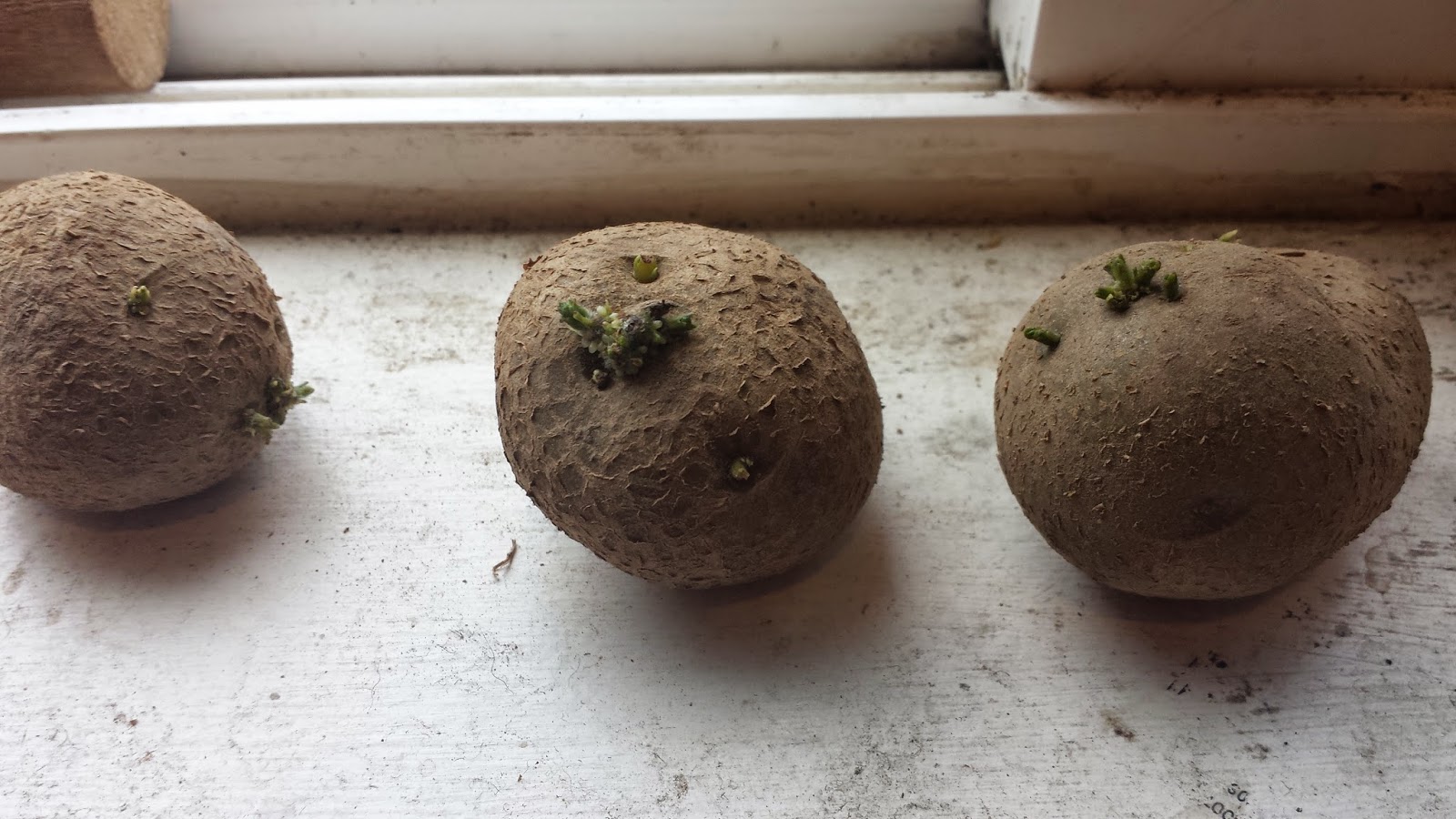 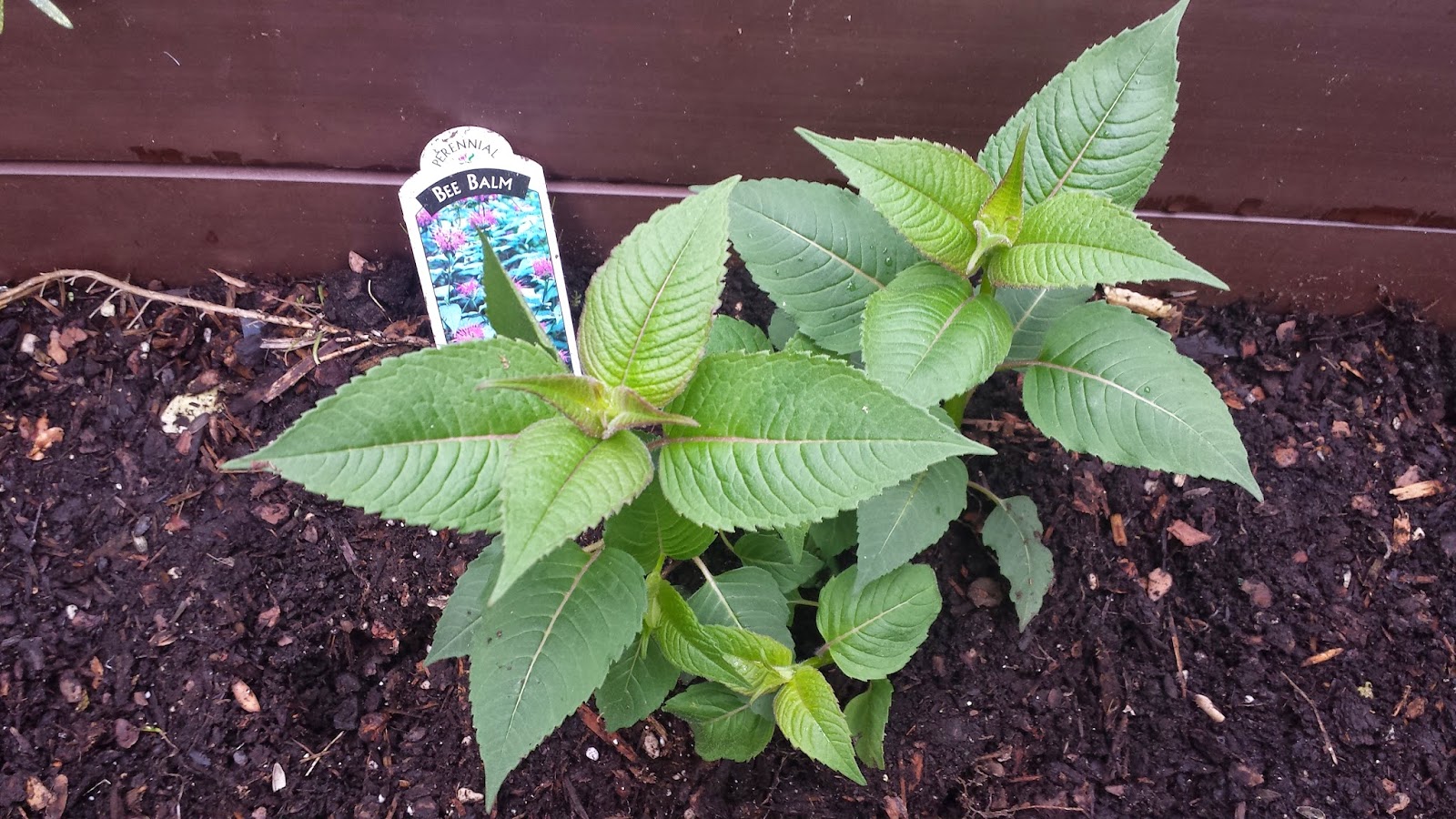 It's been awhile since we've been to downtown Portland, in fact I think the Shamrock Run was the last time.  It's just a bit of a to do, plus we've been trying to explore some local places and take a break from Portland proper.  Today we decided to go downtown, have lunch somewhere new and walk around for a bit.  It's been a really long time since we've eaten at a food cart, so we tried a new one (to us) today called The Frying Scotsman.  I got the haddock and chips and it was insanely delicious, so I highly recommend it if you're local, or if you decide to come visit. 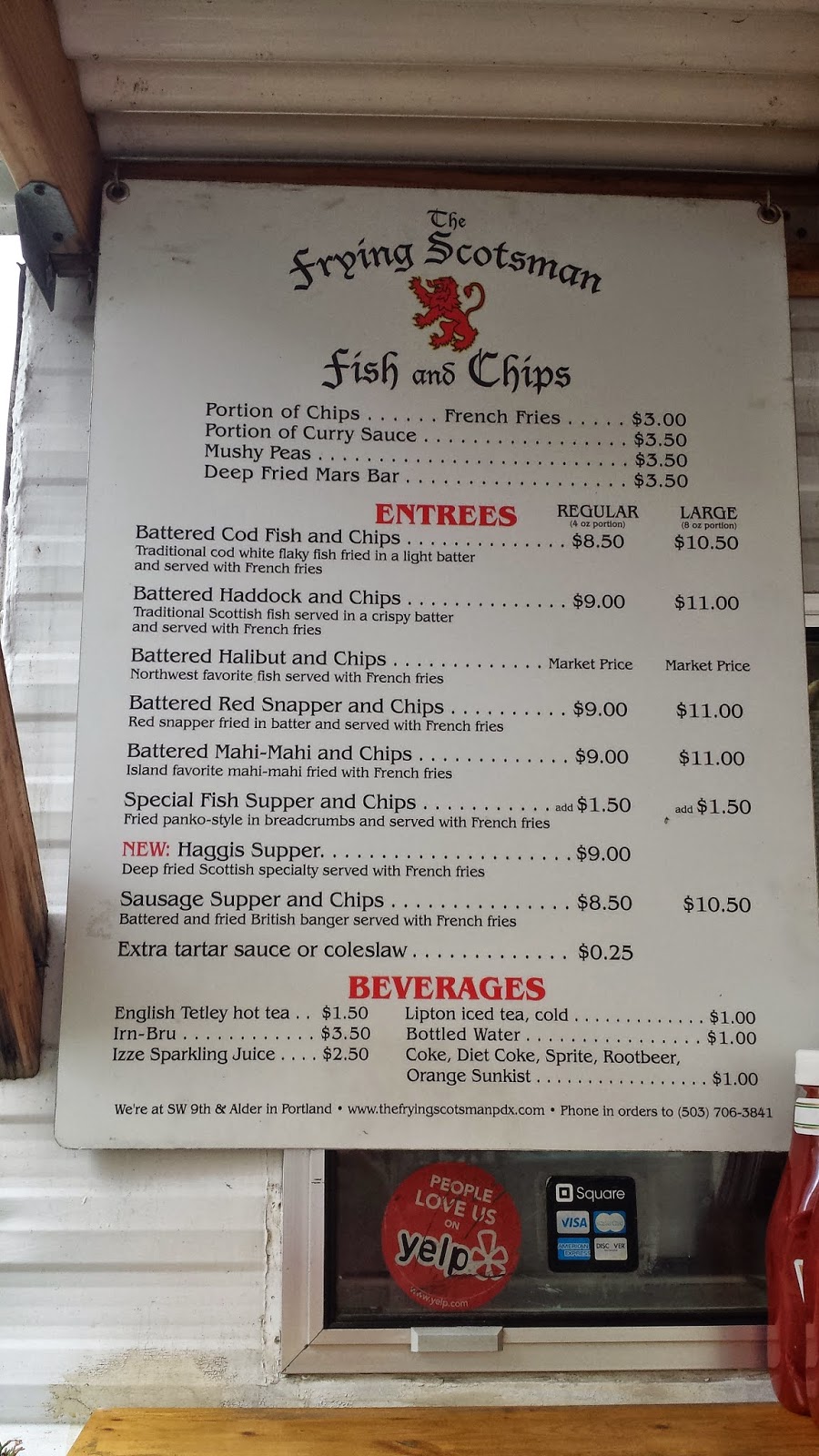 We had a couple of fails today, I wanted to try to go to Blue Star Donuts since everyone raves about them, so we get there and there was literally a line of 40+ people in this tiny shop.  (I think some places in Portland do the insane line thing on purpose, I've never been anywhere else where restaurants have lines like places in Portland do.)  Anyway, my anxiety hasn't been great lately, so while I was determined to stand in line for a bit, claustrophobia got the best of me and we left before I had a full blown anxiety meltdown.  I was already mouthing off in a loud and salty manner about the entitled, clueless dad in front of me, and things weren't getting any better, so it was best to leave.  A $4 donut is not worth that, plus that was probably the Lord's way of saying "Girl, your waist tho...".  After that we tried to go to Powell's bookstore, which is normally the happiest place on Earth for me, but it was also packed to the gills with people and we ended up having to leave before Eric had to scrounge together bail money for me.  No matter where I went there were hoards of people, even the metaphysics, psychology and paranormal sections.  For the record I was in those sections because I was trying to find a quiet space more than I was trying to find books about those subjects.  ;)  Anyways, when I would find somewhere quiet and try to gather myself a bit, someone would literally walk up and get practically shoulder to shoulder with me.  This happened 3 separate times.  It's like, may I get you some KY so that you can get right up my a** or what?  Powell's takes up a city block, there's room for all of us, get away from me.

I am sure you gathered this, but I have personality "quirks" that I keep fairly well masked, though probably not as much today.  I'm actually very nice despite some of my joking around, but I do get the type of anxiety that makes me want to curl in a fetal position and rock in a corner.  Some days it's better than others and I'm super zen, but when I'm on a bad jag (like I am lately due to the job stuff) I get ramped up really quickly.  I get incredibly anxious in groups of people and get very claustrophobic in certain situations, and when that happens the verbal filter comes off at that point.  I can't even control it, and my verbal geyser of  anger and inappropriateness can offend the nation.  I get super ragey when people won't respect personal space when there is personal space to be had, ie standing so close to me we're touching shoulders.  And hopefully this won't label me as the meanest person in the world, but children make me incredibly anxious most of the time, especially if they are screaming and carrying on.  Which most Portland ones do because they have kale freebasing hipster moms who look the other way while little Chartreuse and Bok Choi are tearing up the joint.  (Dear close parent friends who are reading this, I'm not talking about your kids since y'all have some damn sense and your kids are lovely).

Anyway, Blue Star and Powells were both an eclectic celebration today of all the things that take me from zero to ten, so I was about to have a nervous breakdown by the time we got out of Powells.  I could probably get meds from a doctor for my anxiety, but why do that when your husband just walks you to the closest wine bar so that you can get a glass of champagne? 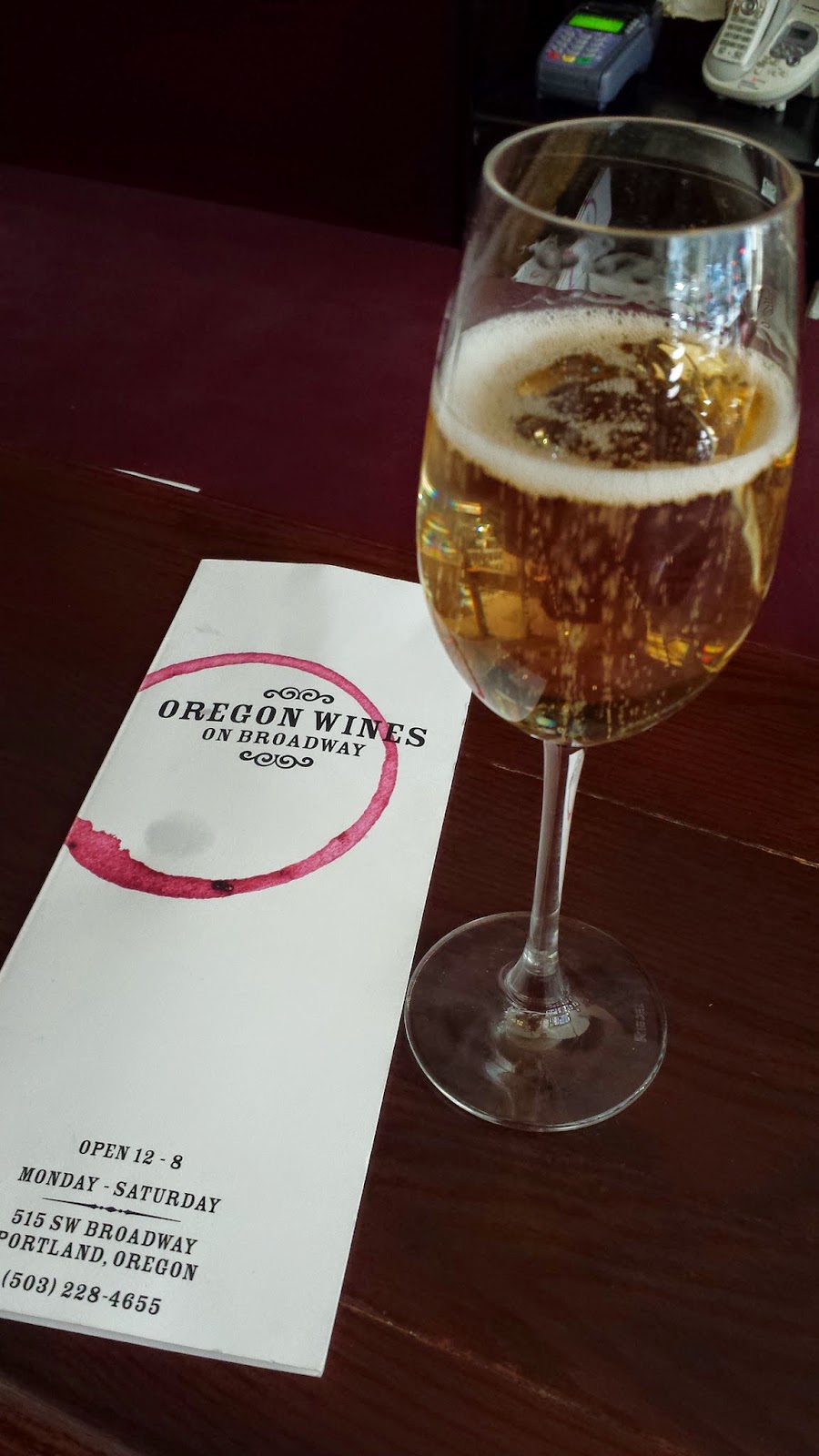 Does anyone have any fun Easter plans?  We are going to eat dinner with my aunt and uncle tomorrow, so I'm very excited about that!
Posted by Runs To Get Waisted at 7:10 PM