I am going to confess, I'm having a really odd, difficult day.  I don't want to get too much into detail, but there was a very scary police situation on our street yesterday, and the feelings of ick definitely bled into today and made the day feel incredibly weird.  Things are somewhat resolved for the moment, but that could change.  It's no secret that I hate the neighborhood where we live, and this has really put things over the top for me because there are definite safety concerns.  I just don't see things getting any better, which is a shame because this neighborhood has potential.  But for some reason people want to live like gutter trash, and much like Sweet Brown ain't nobody got time for that so, there you have it.  I am more anxious than ever to be employed so that we can once and for all start the process of looking for a new neighborhood to live in.  Preferably one on top of mountain or a desolate island.

Despite this I have stayed on track for today with the goals I set for myself yesterday.  In fact I'm so wound up that I haven't been very hungry at all, which I guess is better than stress eating.  I had my smoothie this morning, which I did not take a picture of because it would have horrified the nation, specifically my aunt.  It had strawberries and banana, and I also threw in some chocolate protein powder AND a cup of spinach.  Suffice to say it looked pretty gross, but it tasted very good.  11 grams of fiber in that sucker too.  For lunch I had 2 hard boiled eggs and a sweet potato, and we're having leftover cabbage casserole from Katie's Runs for Cookies page.  The casserole is so easy and tasty, and as Katie says, just like stuffed cabbage without the work.  I use a jar of marinara sauce instead of the tomato soup though, just a preference.  I also jazz up the ground beef with some powdered garlic and dried dill.  Super tasty, especially with rice.

I have two snacks scheduled for today, a mix I made with raw pumpkin seeds and dried cherries, and then my new addiction, Chocolate, Nuts and Sea Salt KIND bars.  Ridiculously good.  I'd had fruit based KIND bars and hated them, but the chocolate ones are the shiz.  Go forth and eat one. 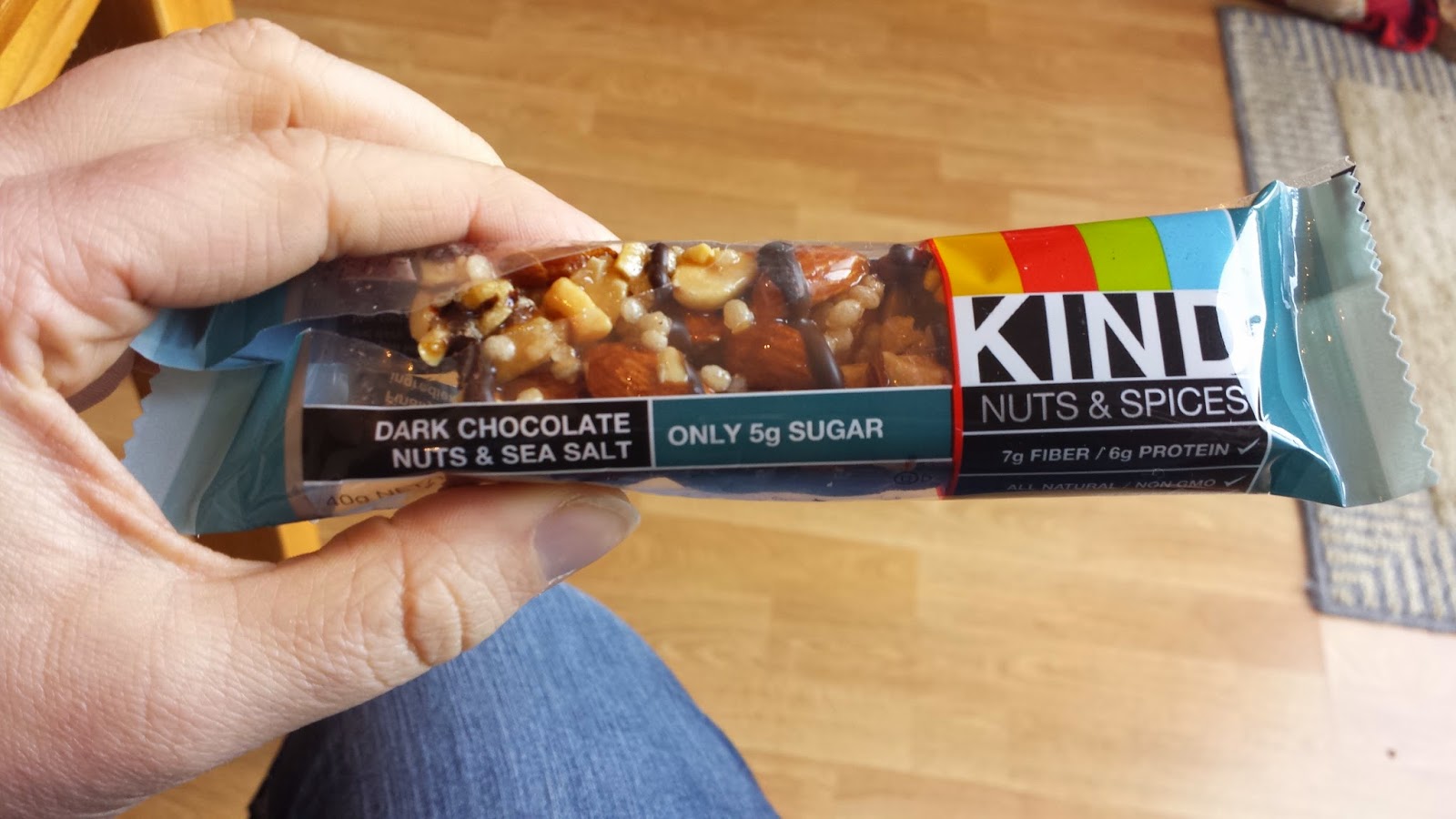 I am behind on my water but am slowly catching up.  I did let my Lovely Ladies group in on a tip that I just figured out for today.  I bought some of the pens we used in the tasting room, these things called Wine Glass Writers.  It's basically a washable marker that allows you to write on glass.  You could use them at parties to write people's names if you are serving in real glasses, and we used them in the tasting room if we were doing vertical tastings (same wine, different vintages).  They are fun to use, but I realized today that I could use my pen to mark off what glass of water I'm on.  Einstein I am not, so I tend to forget how many glasses I've had.  This makes it easy.  Voila! 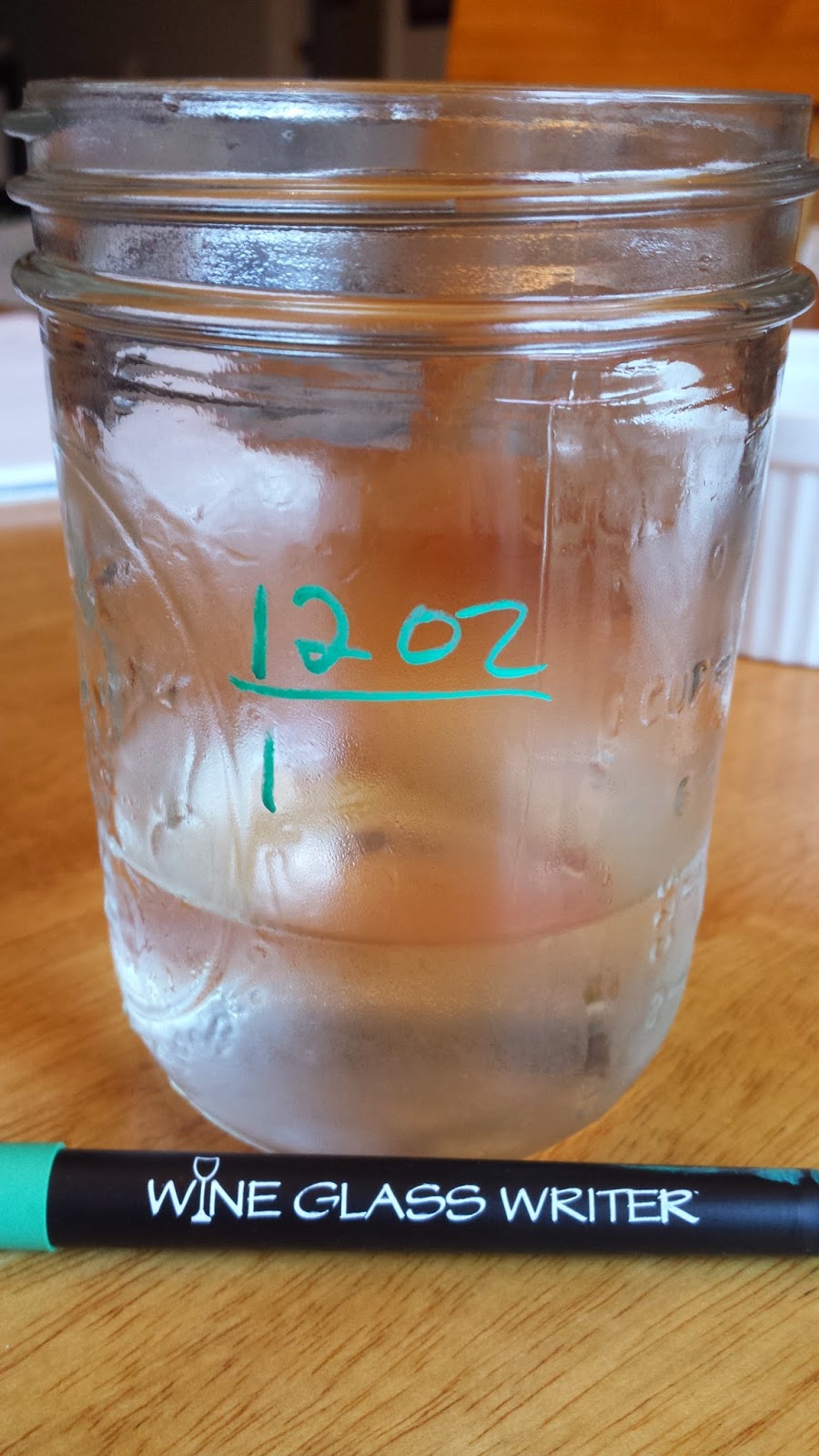 That was earlier on and I am working on glass #4 as we speak!  I do need to do better on starting earlier with these in the day.

Tomorrow I have a doctor's appointment because I'm in a quest to find a new GP.  I mainly would like to find someone who is not an asshole and who actually listens.  Eric went to this guy last week, and apparently he's a runner and also very into weight loss, but like normal calorie deficit weight loss methods.  Apparently he is young and doesn't seem jaded according to my better half, and spent plenty of time talking to him.  I am excited that he is a runner, and I am really hoping he will take me seriously about some of my weird quirks, mostly my digestive issues.  I don't talk about them much here, mostly because I want you guys to come here and read my stuff without losing your lunch.  Suffice to say, "making things happen" is very difficult and has been for years.  To say that it affects my weight loss and my overall sense of happiness is an understatement.  And you name it, I've tried it over the years:  prunes, 40 plus grams of fiber a day, psyllium husks, flax seed oil, avocados, more fat in my diet, enough water to choke an elephant...the list goes on.  I actually have more issues when I eat healthier, which is insane.  Anyway, I tried to discuss this with my last doctor, and literally his advice was to take laxatives all the time.  I mean...he literally seemed to have no concern.  I know I didn't got to fancy medical school, but if someone told me that sometimes a week and a half goes by without a Code Brown, then maybe I'd be running tests?  Of course this was the same guy who was virtually unimpressed when I lost 15 pounds in between visits.  Anyway, hopefully youngster dude will give a damn and maybe throw some options out.  Y'all know I throw a hard side eye at doctors in general, but I have no choice in the matter since I have to have a reliable GP to monitor my BP issues.

To leave off on a lighter note, Stubs the Squirrel has been keeping me company today, providing that I feed her peanuts hand over fist of course.  See why we call her Stubs?  She has a sad, raggedy little end to that tail! 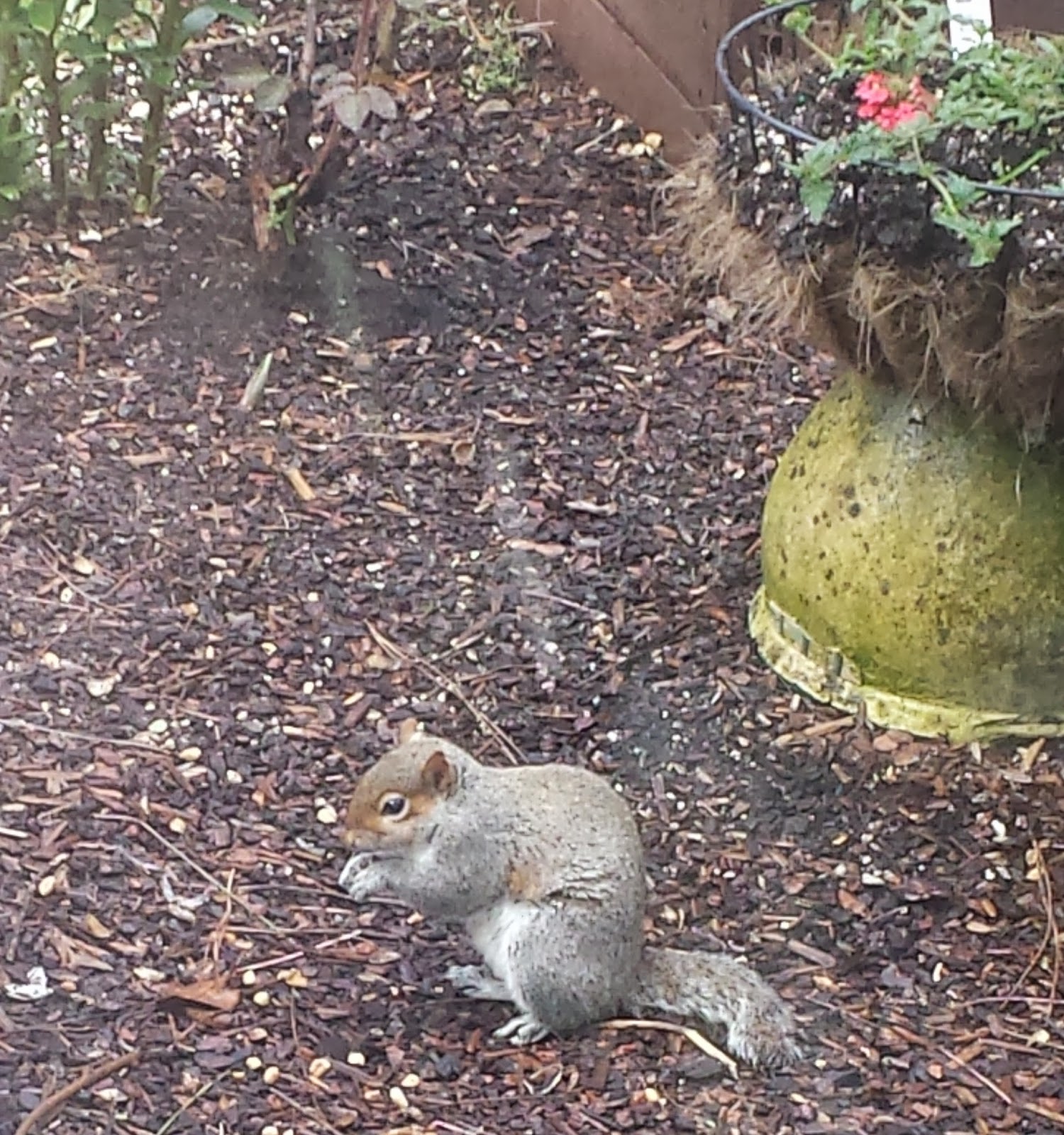 Posted by Runs To Get Waisted at 2:09 PM