As most of you know, we decided to boycott the Superbowl this year since my ultimate wish was for both the Patriots and the Seahawks to board a ghost ship sailing across a sea of itchy herpes into the Bermuda Triangle, never to be heard from again.  You know, not that I'm bitter or anything.  Obviously I am thrilled at the outcome, not because I like the Pats, but well...you know.  My brother called me when the game ended (he was keeping me informed on the score) and we cackled with joy for an hour.  I'm a little sad football is over for awhile, but at least I will get a break from hearing about you-know-who.

We had a good day filled with random activities we like doing.  We went to Powell's and I managed to limit myself to one book instead of 7. 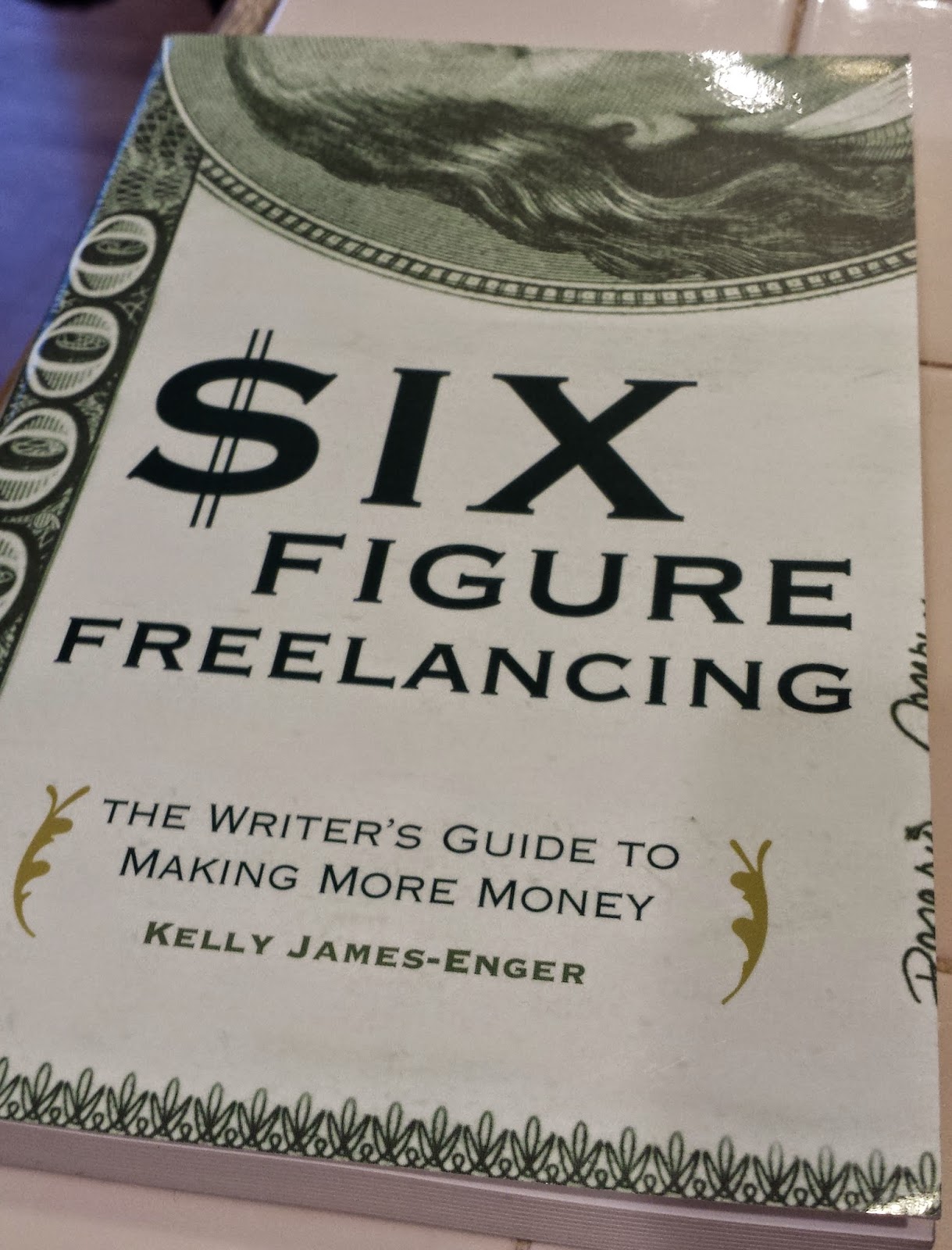 You know, it could happen.  Let's dream big.

We had lunch at Panera and then rushed off to the theater to see American Sniper.  Offside here for a moment and this may irritate some of my readers who are parents, but I must say it.  I have long accepted that modern parenting consists of stapling your kids to your side and bringing them everywhere with you until they are 18, and I do mean everywhere.  I grew up as a very independent latchkey kid who was staying at home by herself at the age of 9, so I don't understand this phenomenon, but whatever.  I would assume the purpose of helicopter parenting is to protect your kids from...stuff.  Begging the question, why would you bring your 8-10 year old age kids to a movie that is basically 2+ hours of people's heads getting blown off?  I mean I know that would have given me hella nightmares as a kid, plus if you want to protect your kids, maybe protect them from graphic assassination images?  Just a thought?  Can you tell that there were 4 different very young kids in this very R rated movie?  How come this childfree mean old dog lady cares more than their parents?

Anyway, I know there has been some controversy and strong opinions about the movie.  I went into it viewing it as a piece of cinema and not a biography, which I think you must do in any of these biopic movies.  Liberties are always taken with movies based on true people.  I don't know that I enjoyed it per say since it's hard to enjoy graphic brain splatter, but it was a well made, well acted movie.  Bradley Cooper is great in it and certainly deserves his Oscar nomination.  We only have Selma left on our Oscar list now, and then I think this will be the first year where we managed to see all the best picture nominees.  After that we went to the arcade in the movie theater and played a few games, including two very competitive rounds of air hockey and some Ms. Pac Man!

We also went over to Everyday Music so that I could rummage through the bargain vinyl and CDs for "treasures".  I could literally spend hours digging through cheap vinyls because you simply never know what you're going to find.  I also like to think about how they got to the music store, who owned them before and why they gave them up.  I'm a romantic, sentimental weirdo like that though.  I've had better scouting days, I only came away with 2 $0.50 vinyls and a handful of $3 CDs, but at least they were good ones.  And yes, I like Herb Alpert and the Tijuana Brass because I'm old. 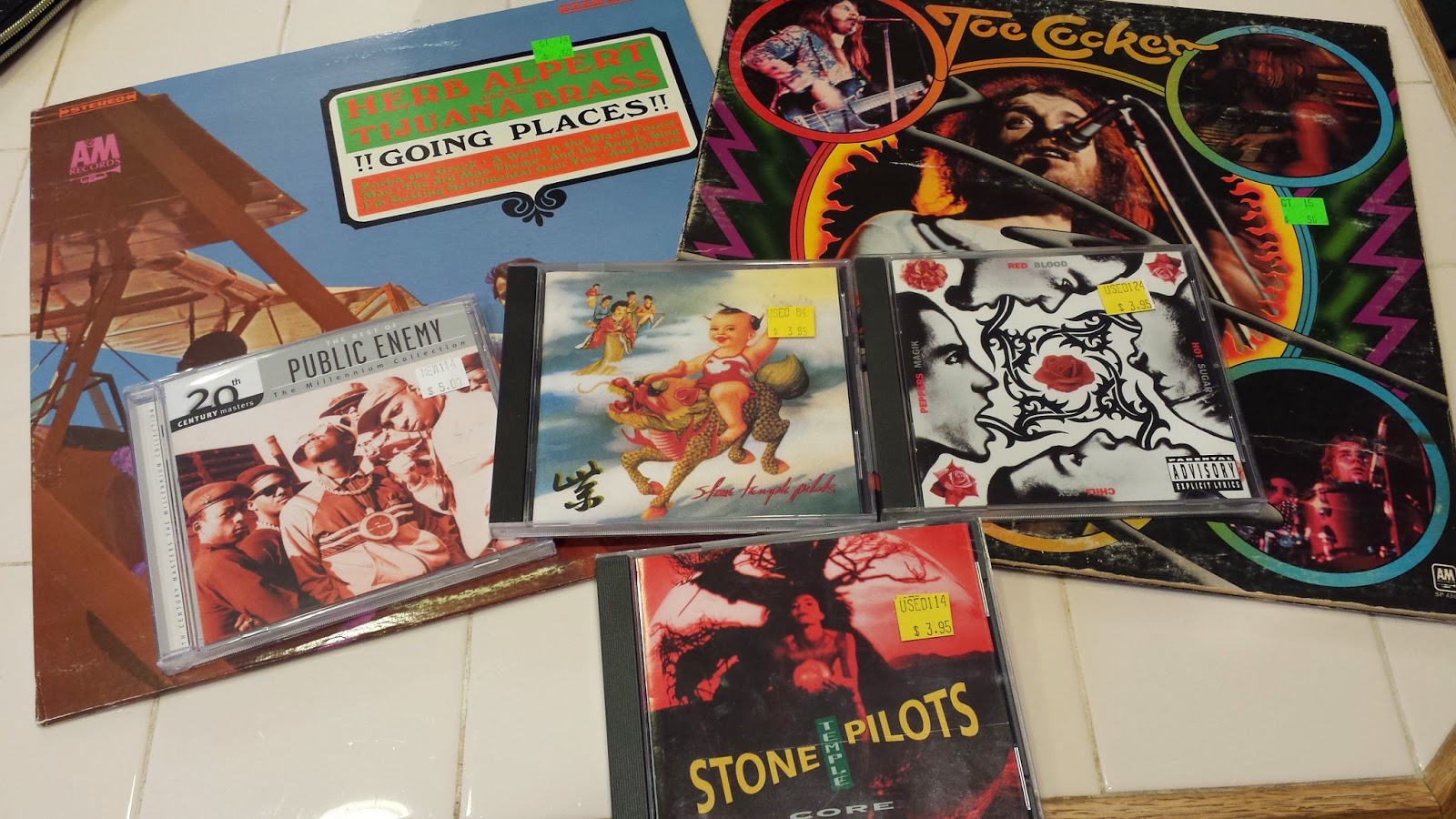 February started out on a good note for my goals.  I got in my salad at lunch, did a 30 second plank, and made sure I ate slower. Not all at once of course.  ;)   I am not surprised, but slowing down my eating is the biggest challenge for me.  I had to constantly remind myself at lunch to either put my fork down or to chew slower.  I think I'll get there, but it's tough!  I noticed that I felt much fuller after lunch, so maybe the slower eating worked.
Posted by Runs To Get Waisted at 6:07 AM