I will start with the disclaimer for my Midwest and East Coast people....I am not gloating.  Truly.  But we are having unseasonably warm and dry weather right now, and we can't quite tell if it's one of those Mother Nature teasers or if we're just simply not going to have the typical rainy season we normally do.  I suppose time will tell.  We have really mild, pleasant winters, but springs absolutely suck here normally due to the rain.  It's hands down my least favorite season here.  Usually the rainy season sets in right about now, but instead we've gotten sun and no rain, plus temps in the 50s.  It's totally bizarre.  All the plants and flowers are starting to explode, which is nice in a way but I'm waiting for the other shoe to drop and some crazy freeze to come.

I've neglected the backyard pretty hardcore this winter, usually I try to go out and deadhead stuff, weed, put bone/blood meal in the soil and also plan out what I'm going to do for the year.  I haven't even stepped out there hardly other than to clean up dog poop.  I've been feeling down lately and gardening usually cheers me up, so I decided to step outside yesterday and assess the yard and start dicking around out there at little.  I got some pleasant surprises when I walked out there, and it's the reason that I love plants and gardening so much.  Just when you think something is dead and you'll have to dig it up, you see signs of life.  I walked over to my herb garden and was shocked to see that my chives and parsley, which were totally dead at the end of the season, had new growth on them and were coming back!  Yay for not having to buy new plants! 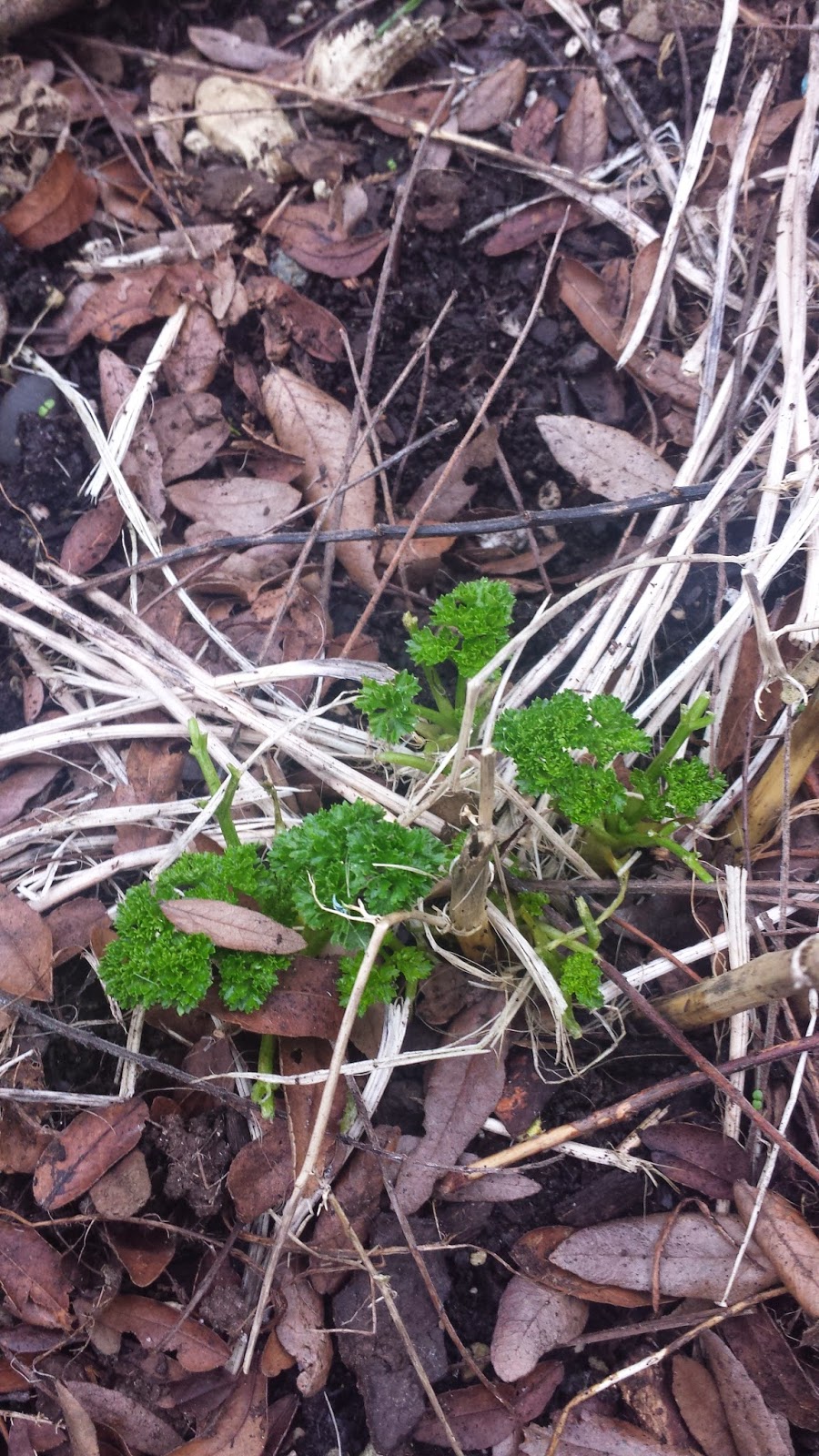 I did confirm something I've long suspected, that my poor lilac tree has a disease and is dying.  We have crappy clay soil in our yard and I think it was just too much for it ultimately.  I was able to pull limbs out of the ground pretty much, so I'm going to go out today and dig the rest of it up.  I'm still not sure what I'm going to do with that corner and whether I should just leave it bare or plant something new.  I like having the shade/cover plus the birds like having a place to sit (their feeder is close), so I may try to find some kind of hardy flowering bush or vine to put there.  I used to do a lot of involved vegetable gardens but we just don't have the space set up to do what I want to do, plus it's a lot of work.  I planted flowers instead last year and found it a lot more rewarding and low maintenance, especially since we had a pair of adorable hummingbirds out there constantly and it seemed to make the bees happy as well, so I am definitely doing that again this year.  I have a lot of sunflower seeds and other stuff that I'm going to try to get going.

Getting out in the yard was good for me and I think I'm going to do it again today and do a little more involved work.

So this will seem random but I feel it is health related, and possibly even aging related.  I also wanted to see if anyone else has experienced something similar.  So when I was about 10, my previously wavy hair suddenly became full on curly, and it has been curly most of my life.  I used to hate it, but finally got the hang of it and started to appreciate my hair.  I rarely straighten it, that might happen twice a year or something, and when I do it always irritates me when people say "Oh your hair looks so good!"  (As if curly hair doesn't.)  Anyway, all of a sudden at the end of 2013, my hair suddenly became dry and brittle and it stopped curling.  (It stopped doing much of anything other than looking like absolute crap.)  I finally gave up and that's when I cut my hair short in January of 2014, and have had it short ever since.  Once I cut it, my hair became almost stick straight, even when wet or in humidity. 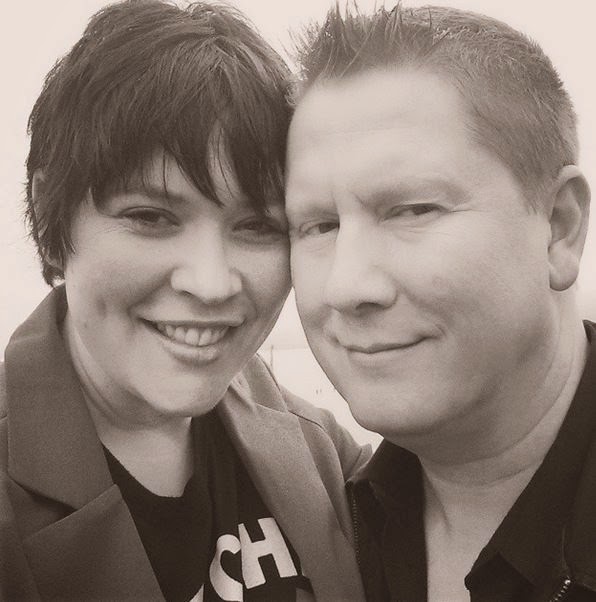 What the...I will run down the line here:  I don't color, highlight, blow dry, flat iron or do anything that would otherwise dry out or damage my hair.  I am a wash, condition, mousse, scrunch and go kind of girl.  I wash my hair about every 3 days, because us curly girls know that you're inviting a disaster to do it every day!  It's a complete mystery as to why this happened.  I can't even begin to speculate why my hair would go from Carrie Bradshaw level curly to straight.  That picture was taken a couple of months ago.  This was without a flat iron and barely any product.  Straight.

So the straight I can deal with as weird as it is, but the texture was starting to bothering me.  My hair felt so unhealthy and almost like horse hair.  Not a good look.  I thought taking a multivitamin would help, but alas it did not, nor did oil treatments, extra water or any of that jazz.  Finally I got so fed up that I headed to Walgreens and got hair/skin/nail vitamins and some shampoo/leave in conditioner made for African American hair.  Oh yes I did, and guess who has two thumbs and doesn't give a damn?  The shampoo is actually excellent and made a difference from the first time I used it.  And it's made with natural stuff/no sulfates and was insanely cheap.  I would spend $20 a bottle on similar shampoo at a health store.  Plus it smells like suntan lotion, which is all kinds of amazing.

So I've been at the hair vitamins and my new shampoo for a little over a month now.  Imagine my surprise last week when I stepped in the shower with straight hair, and then stepped out with curly hair.  I thought it was a fluke, but my hair is suddenly soft and curly again.  Taken yesterday: 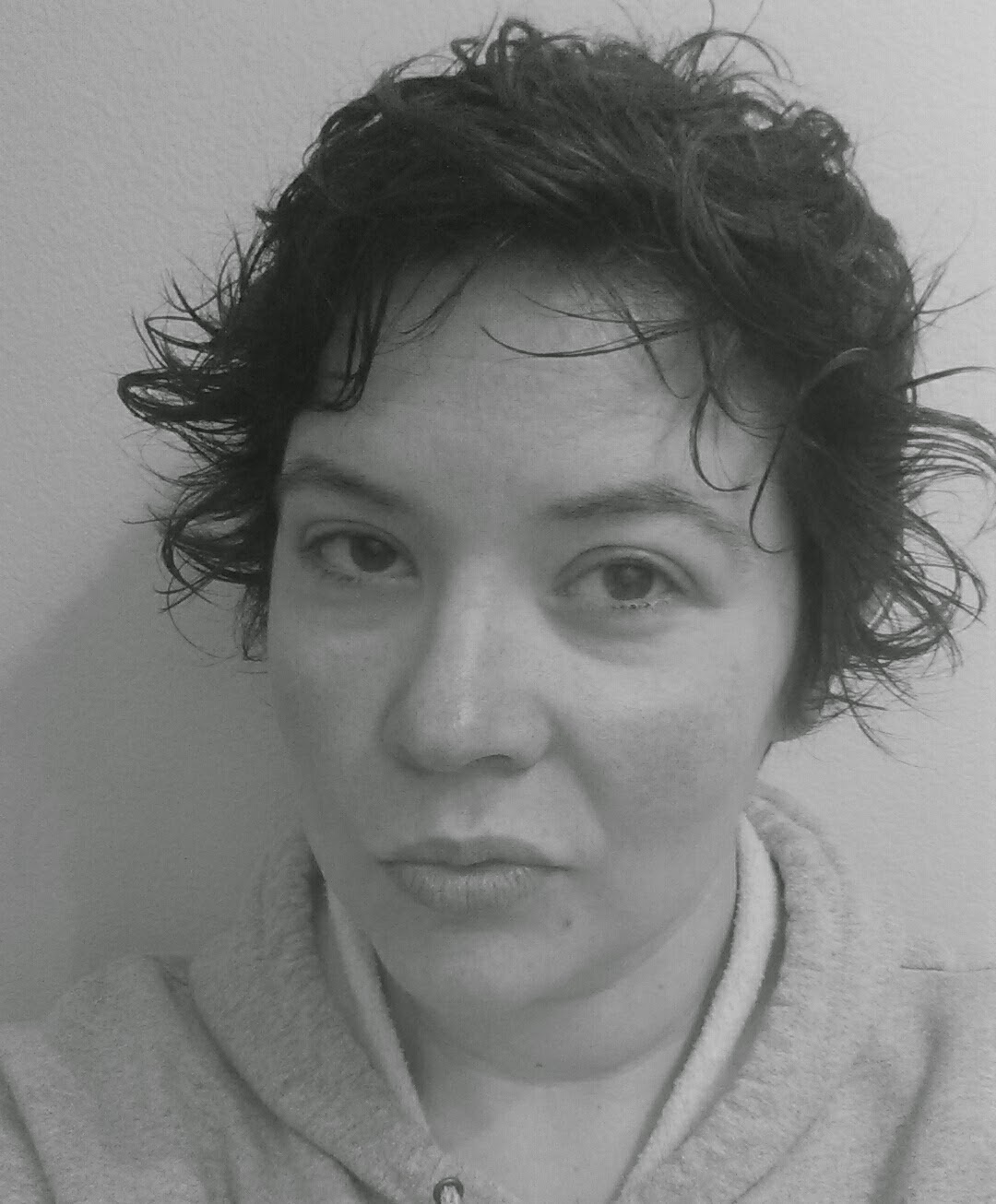 I mean what the hell?  I'm not opposed to my hair being curly again, but it's not cut in a way where that looks flattering because I've been getting a cut meant for straight hair.  Anyway is this the most bizarre thing you've ever heard of or what?  My hair has been straight and coarse for over a year, and now it's back to curly.  Is it just getting older?  Is my hair bipolar?  If it's going to be curly and nice again I'd totally grow it out, but I'm worried it will have some weird ass manic state and I'll have to chop it off.  Oh and I didn't put that picture in black and white to be arty, I didn't have on any makeup and looked like dog crap, so I spared you guys by making it B&W.  ;)  Coughing spells have not been a good look for me.

Anyway, if you guys know of any medical/science type reason this could happen, I'm all ears!
Posted by Runs To Get Waisted at 8:16 AM