Greyhounds: Why You Should Make A Fast Friend

I sat down yesterday and finally finished up my greyhound post!  If you are not interested in dogs or pet adoption, you will probably want to skip today's post.  Otherwise, carry on.

As many of you know, we are childfree but we do own a large, goofy greyhound named Molly.  I've been wanting to write a post about greyhounds for awhile because owning one has changed me in a way that I can't describe.  They are special, incredible dogs that have a zen/spiritual quality about them, and I always get tons of questions from people when I am out walking Molly, so I wanted to do this point not only to answer some of the questions I get, but to encourage more people to consider adopting one of these beautiful dogs. 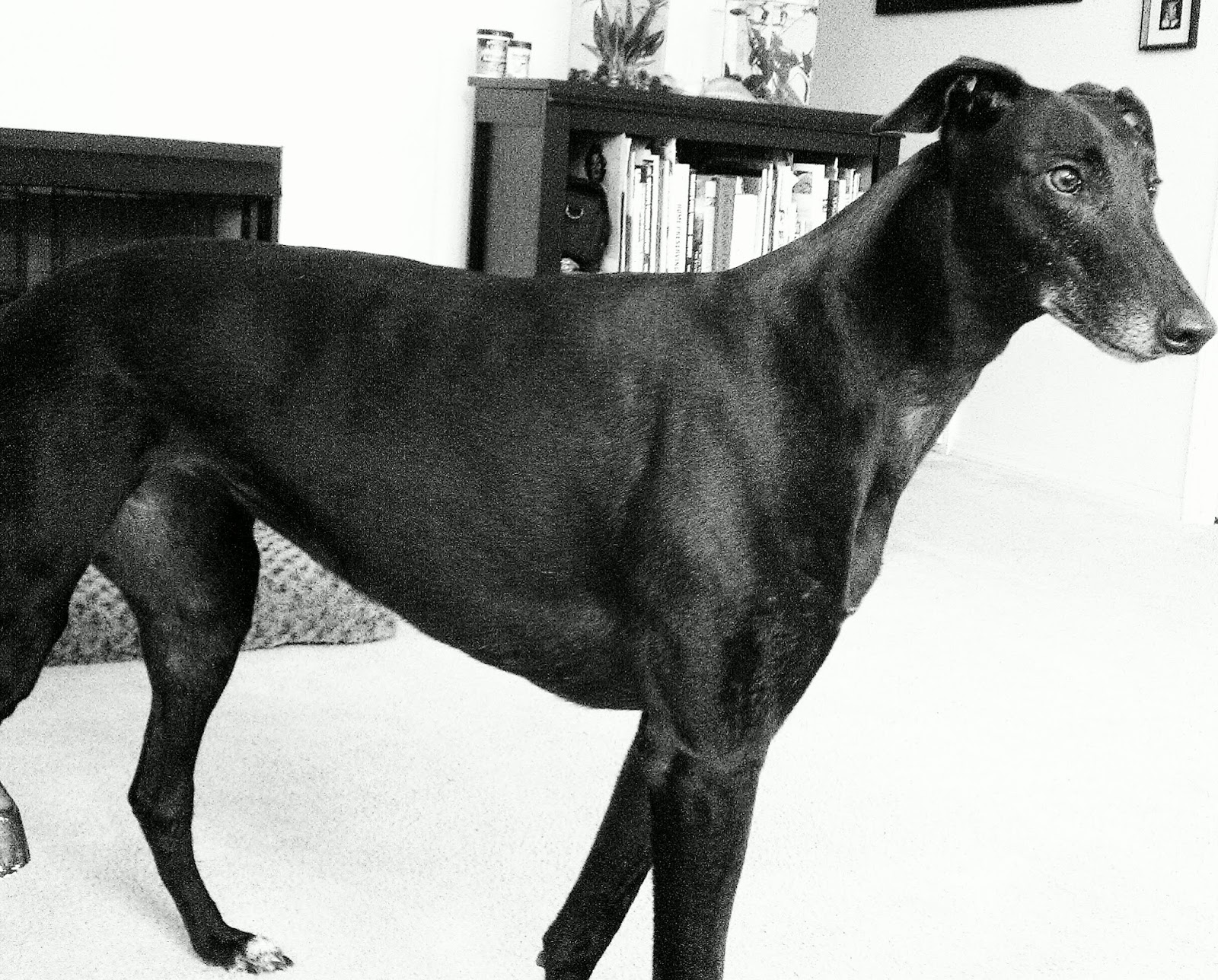 Why Should I Adopt a Greyhound?

If you're one of those TL;DR kids, here you go.  Greyhounds are sweet, gentle, calm, silly and love people.  They are great with kids and some are great with other small pets you may have in the home.  To the shock of many, they really don't need much exercise and are perfectly happy living in a smaller space like an apartment.  They are usually very quiet unless otherwise prompted.  Due to their short coats they need minimal grooming and rarely need to be bathed.  (I think I've bathed Molly once in two years). They're pretty much the perfect dog in my opinion.

I just wanted to point out some very cool historical facts about greyhounds that I certainly didn't know before we began our adoption process.  Their place in history makes then even more fascinating, and proves that greyhounds have enchanted people since the beginning of time!
Questions/Comments I Get The Most

How long did she race?  The average age of retirement for greyhounds is 3-4 years old.  Molly retired at 3 years old.

I bet you have to run her a lot/she must have a ton of energy!  Despite their racing speed, greyhounds are called "45 MPH couch potatoes" for a reason.  They easily sleep 15+ hours a day, and really do not need much exercise beyond a 20 minute walk a day.  If you are looking for a running partner, greyhounds are probably not for you.  (A TV marathon on the couch partner, that's another story!)  As with most sprinters, they have short bursts of energy and then are over it.  I do take Molly on long (for her) walks, and I tried one very fated time to run with her.  Never again!  Anyway if you adopt a greyhound, be prepared to lose your couch and most of your bed!  Molly was on our couch within 3 minutes of first walking into our house and she's barely left it since.  ;)

You must have a nice big yard since they have to run so much!  See above.  Additionally, my diva hound seems to be under the impression she will turn to dust if she spends more than 5 minutes out in our yard.

Are they aggressive?  Not in the least!  Many people have this misconception due to the muzzles greyhounds must wear when racing.  The main reason they wear them is because hounds can get competitive/excited and nip at one another.  They have very thin skin that tears easily, so the muzzles are for their protection.

I would love to adopt a greyhound but I have a cat.  While some greyhounds do have a high prey drive (Molly unfortunately does), many hounds do just fine with cats and other small animals.  It would be something you would need to stress to your adoption coordinator so that you can get a hound who is small animal tolerant.

How long do they live?  Greyhounds live anywhere from 12-15 years old although they are unfortunately prone to a bone cancer called osteosarcoma  (Boxers are #1 to get this, greyhounds are #2).

What Makes Them So Unique

Having a greyhound is not like having a normal dog.  I've owned dogs since I was 5 and consider myself pretty experienced in the dog department, but owning a greyhound has been a whole new world.  This is mostly because their upbringing is not like a normal dog since they live in cages on the tracks and do not see the inside of a home until they retire.  They are property, not pets, and they are treated as such.  Until they retire they are not exposed to everyday things that you and I don't give two thoughts about:  stairs, hardwood floors, sliding glass doors, washers/dryers, and flushing toilets to name a few.  Being off of the track is like being dropped onto an alien planet for them, so depending on your hound and the amount of time they spent in foster, you may have to be very patient and understanding as they adapt to your home and lifestyle.  It would be no different if you were suddenly packed up and dropped into a country you didn't know existed where you don't speak the language.  The change can be very scary for them!

I reached out to my greyhound group on Facebook to ask them what they would say about owning greyhounds and many of them echoed my sentiments.  Here are some of the cute statements I got!


As well as this adorable greyhound in Batman pajamas doing snow zoomies...

There is a little known breed of greyhound from Spain called Galgos that I wanted to mention.  They look very similar to the greyhound as we know it other than some slight facial differences, and are used to hunt in the Spanish countryside. 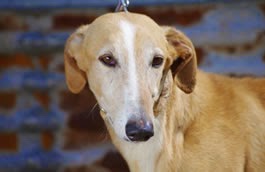 The life of a racing greyhound isn't great, and for the Galgos it's ten times worse.  They are considered worthless and are often just fed stale bread and water.  When they have been deemed no longer fit for hunting, they are hanged, thrown alive into abandoned wells or burned to death.  Thankfully there has been a growing movement to save and rescue abandoned Galgos, and you can actually adopt these dogs, even if you live in the US (though it's a lengthy process).

How Do I Adopt A Greyhound?

The process for adoption can be a bit intense depending on the agency.  Greyhounds are so unique and have certain needs that need to be met, so as a baseline most agencies will do a home inspection and interview you to make sure that you are a good candidate for adoption.  We had to submit a very detailed application that was seriously more detailed than a dating site's, do a phone interview, have required reading, then a home inspection before we were even shown any dogs.  Our particular agency picked out suitable greyhounds for us based on our lifestyle and application profile.  Molly was the first greyhound of the three chosen for us, and I fell in love with her instantly because when I knelt down to say hi to her, she walked into my arms and licked me in the face.  I mean whose heart wouldn't melt at that?  (This is before I knew she was a hussy and a master manipulator!)

If you think a greyhound may be right for you and want to find an adoption agency, these websites provide a pretty comprehensive database of agencies across the US and beyond, just in case you're a reader in another country!


If you're interesting in learning more about Spanish Galgos and potentially adopting one, this is a great site to start with:
Website Credit

Thanks to the following websites for some of the historical factoids I used!  Also a special thanks to my Greyhound group on Facebook.  There are so many badass people on there who are always awesome at offering advice, support and welcome my constant bombardment of Molly pictures.