Into The Wild + January Goal Recap

Oy Vey.  January was a little bit of a bust when it came to my goals.  Let's review the list again shall we?

I'm not too down in the mouth about it, my back truly hurt and held me back for the first part of the month, and sadly the things I picked as my fitness goals were causing the injury.  If there is anything that's been drilled into my head over time it's that if something hurts in a way that doesn't feel right, you gotta stop.  If you don't, it's just going to be bad times later on, maybe permanently.  I do want to pick weights back up, but I think I may hold off until March.  With the way this year is flying by, it will be here before you know it!  I do have a more moderate list of goals for February that I will be releasing tomorrow.

Speaking of injury, I decided that it would be best for me to drop from the half marathon to the 8k for the Shamrock Run.  When it came down to it, I just wasn't prepared at all to run a half, but am more than good to do 5 miles.  There is no point in stressing out about this race especially since I'm not that invested in it honestly.  I'd rather just have fun and not walk away crippled!  There are a ton of races I want to sign up for, but I am trying to hold back and be selective about what I pick.  I have coupon codes for several races I really like, so maybe I'll pull the trigger on those at some point.

Eric asked if I would make my homemade pizza today as a special treat tonight.  I haven't made it in awhile because it's such a calorie bomb that it's hard to fit it in to a normal day, but I made a deal with him.  I told him that if we go hiking today and burn some for realz calories, then I would make pizza.  He was agreeable to that especially since today was going to be one of the last nice days weatherwise for awhile.  We've had uncharacteristically sunny and pretty weather this week (thanks climate change?), but it's about to take a turn for the suck again on Sunday.  You gotta take advantage while you can. 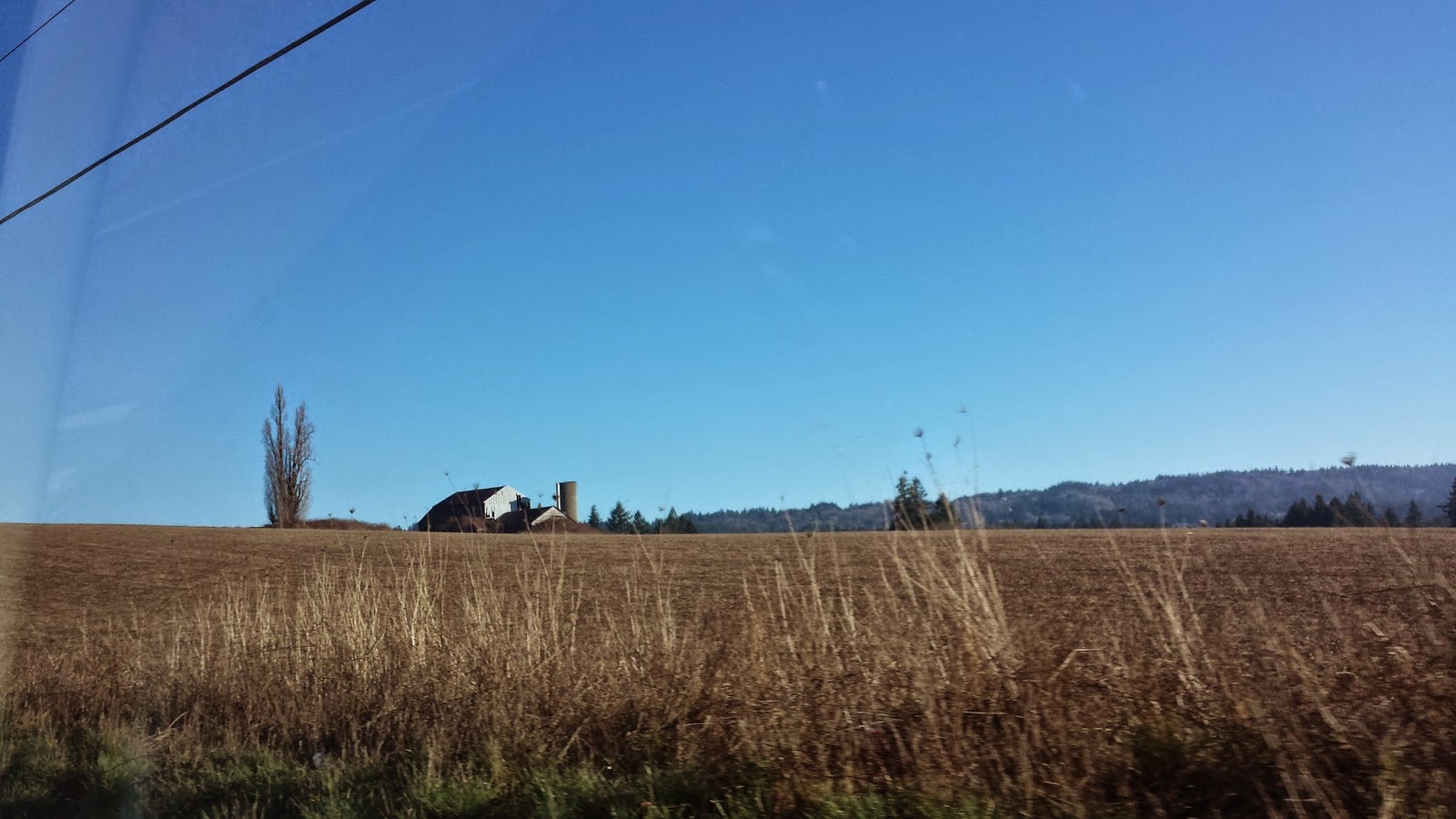 We went to Forest Park and did a 4.5 mile hike and it was pretty amazing, though chilly.  So many people were out hiking today, I think everyone is pretty desperate to get out and enjoy some activity before the rain sets in again.  If you ever are out Oregon way and are looking for a hike close to Portland, Forest Park is pretty damn gorgeous.  Supposedly we burned well over 1000 calories, but I think MFP is pulling my leg with that one!  I mean it was hilly and all of that, but I am just skeptical.  I'm certainly not eating back that many calories.

I did go out there with another purpose in mind, and that was to have Eric take some pictures of me so that I could create a not at all fancy header for my blog.  I thought it would be funny to be in my running clothes with a tall boy of Rainier, hanging out in the beautiful Pacific NW.  The pictures came out cute, and although the banner I created isn't the nicest one on the Earth it's nicer than what I had going on before!  Hope y'all like it.  This is an outtake from all the pictures.  Fun fact, the can wasn't actually open, and I was freezing my butt off without my coat on (it was over to the side). 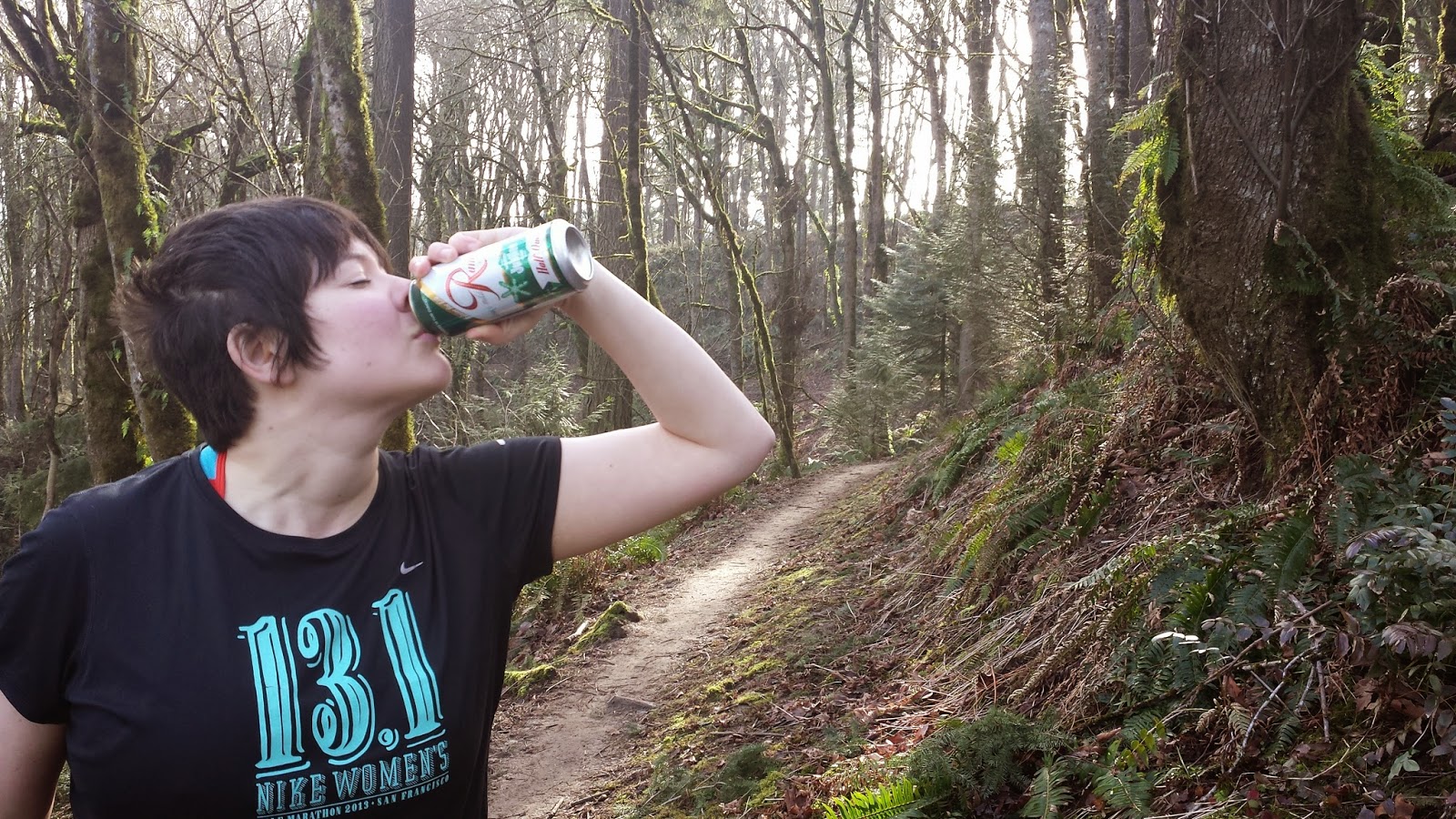 Posted by Runs To Get Waisted at 3:01 PM