In The Kitchen With Mary

I've spent all morning doing two of my favorite things:  cooking and watching horribly trashy TV.  The trashy TV thing doesn't happen often, it's sort of like my brain really enjoys it once in awhile, kind of like the way my mouth enjoys Cool Ranch Doritos roughly once a year.  I got sucked into a really awful Lifetime movie with Ray Liotta as well as the Steve Wilkos show, so all of that should sustain my brain's devilish urge for trash for about 6 months.  The cooking part of this story will probably be of more interest to you since they were healthy recipes.  It's been awhile since I've tested some new recipes, but I'm definitely getting bored with the "same old same old" stuff in the rotation.  A couple of recipes in the Oregonian caught my eye, so I decided to make a couple of them, plus I am craving tabbouleh and found a recipe for it.

If any of these speak to you, the recipe names have a link directly to the recipes.  Let me know if you guys try any of them!  If it matters to anyone, they are all vegan/gluten free.  Purely by chance and not because I give a crap about that stuff, but I know some people do.  ;) 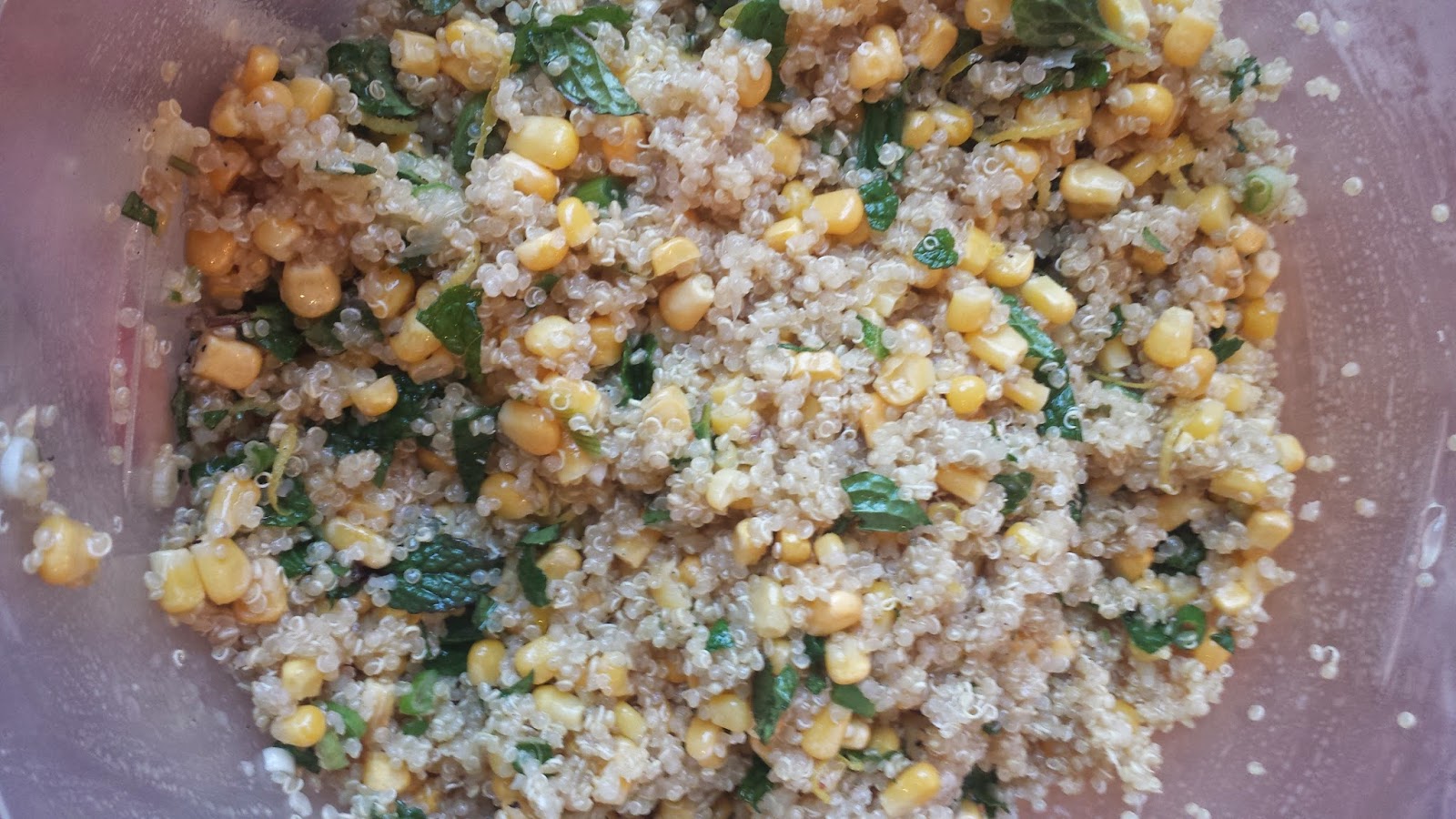 So I have a weird thing with quinoa.  I don't dislike it at all, but I don't really go out of my way to eat it either.  I feel like I should because it's insanely nutritious for you, but it's also kind of a pain in the ass to prep because you have to rinse away some of the coating so that it doesn't smell like day old grass clippings that have been sitting in the sun.  Which honestly, that's kind of what it smells like when it's in the bag.  I know that's a super appetizing endorsement, but I'm just keeping it real.  My larger point is that I saw this recipe and was initially like "meh" because of the quinoa, but then I saw the word "lemon" and was drawn back.  I am a lemon freak.  I love it on everything, savory or sweet, it doesn't matter.  I just love the clean and bright taste it gives to everything, and I sneak lemon zest into anything I can.   (Seriously, the next time you're making something and it just needs "something" that you can't put your finger on, try lemon zest.)  I figured since the first word of the recipe name was "lemony" that maybe I shouldn't be too hasty in tossing it to the side, because it would probably be something I like.

It's something I LOVE.  Seriously, it's very hard to make quinoa exciting, but this was a pretty exciting salad.  The quinoa is toasty, the corn provides a bit of sweetness and the lemon/mint balance it out with acidity and freshness.  The only change I made, and it isn't a change so much as it was an additional step, but I toasted the quinoa before I rinsed and cooked.  I found that it not only took away that weird green smell/taste, but it added a very subtle extra layer of flavor.  The recipe says it makes 4 servings, but I divided it into 6 portions and used one portion to put into a wrap for lunch today.  Super yummy and satisfying. 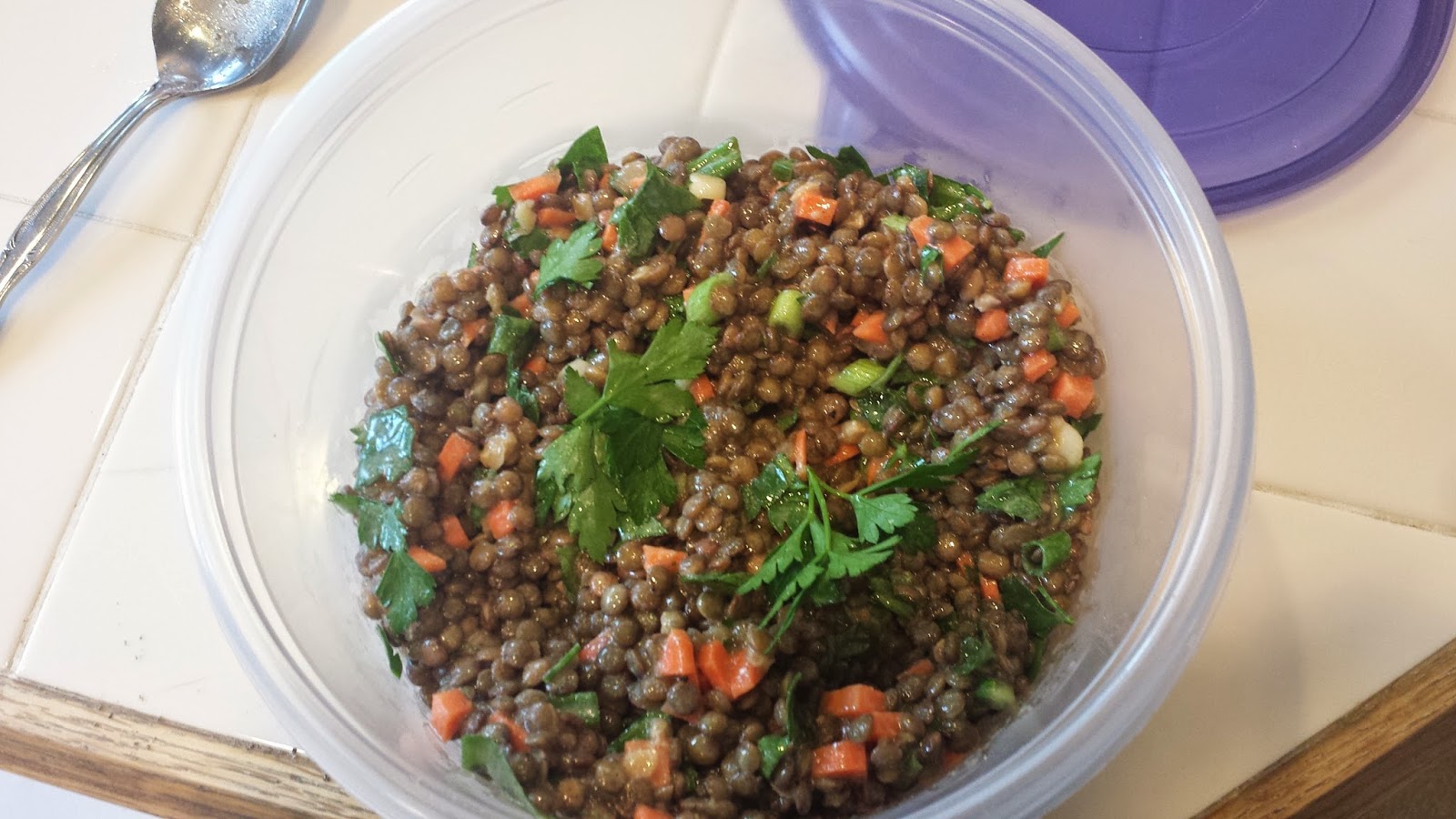 Lentils are another one of those things that I don't really go out of my way to eat or make.  Again, it's not that I don't like them, but lentils just don't scream good times and excitement to me. They're really not something I think to eat.  As with the quinoa salad it was the secondary ingredients in the recipe that drew me in to this recipe, specifically the parsley and Dijon mustard.  Parsley is another one of those things I really love in dishes because it's so clean and refreshing.

While I didn't have a "OMG, home run!" reaction to this the way I did the quinoa salad, it is very good.  I think it would be good to mix it with some greens like kale or arugula so that it has a little more going on, but I definitely like it. 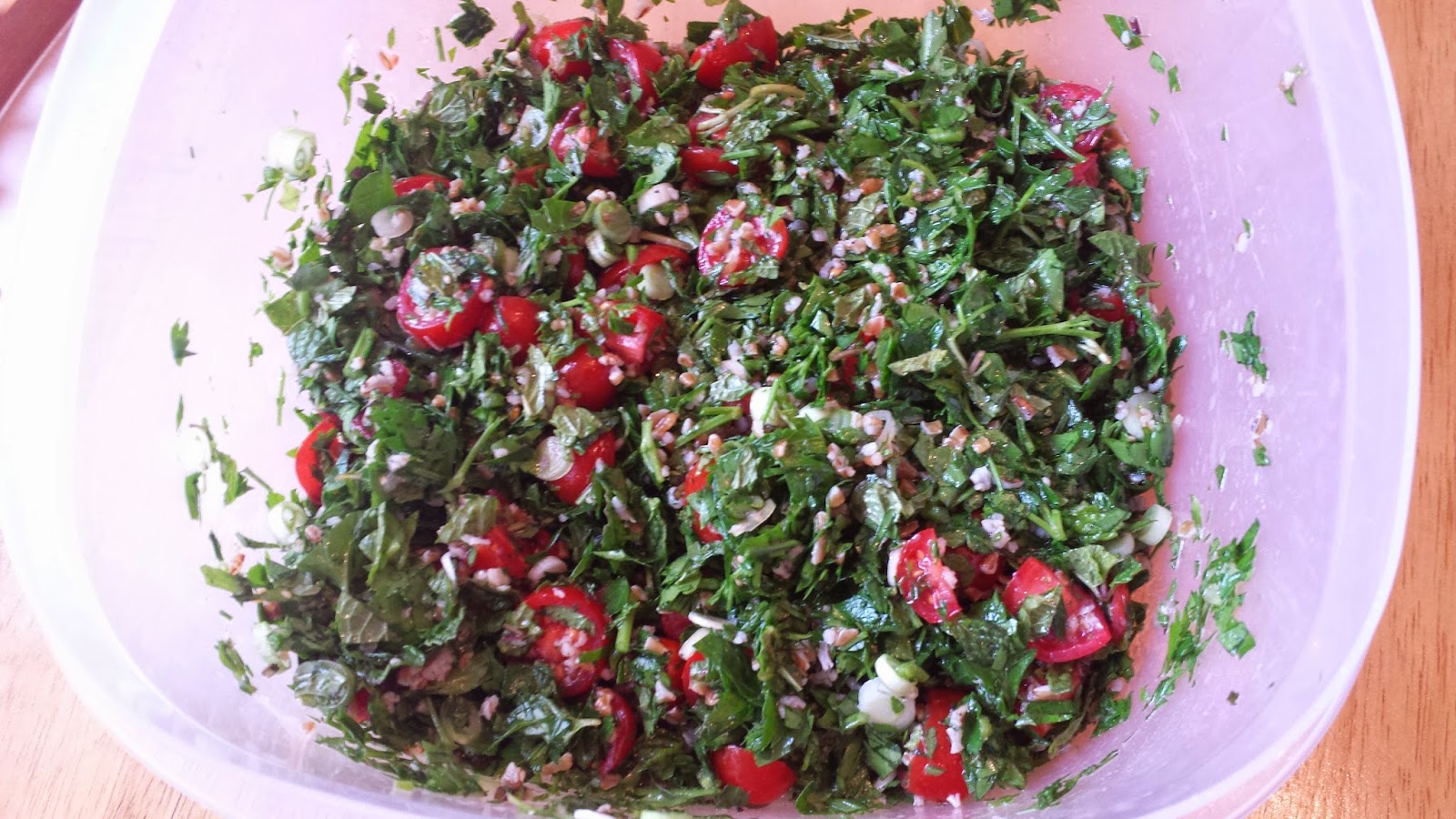 This was the double whammy of two of my favorite ingredients, parsley and lemon.  The Greek place by our house has the best tabbouleh, so I wanted to try to recreate it here at home.  This recipe was really nice, and I know this because I couldn't stop myself from having a portion as a snack!  Since it's mostly just herbs with a sprinkle of bulgur wheat it's not exactly the most filling thing, but it's pretty delicious and would be the perfect thing for a hot summer day.
Posted by Runs To Get Waisted at 1:42 PM