Breakfast with the "Girls"

I think I have finally tired of breakfast burritos.  I was doing a dance in front of the pantry this morning trying to figure out what to eat, because I scrunched my face thinking about making my usual burrito.  Which honestly calling it a burrito is much fancier than what it is, which is usually just eggs with some salsa in a tortilla.  I finally settled on toast with peanut butter and binge watched my morning block of Golden Girls, aka, greatest show ever created.  I have seen every episode about a gazillion times and I still laugh every time.  I feel like I'm mostly Sophia, a bit Dorothy, and just the tiniest bit Blanche.  Every girl should be just a little bit Blanche.

So can we chat Biggest Loser for a second?  I kind of hate watch BL at this point, the show is honestly so bloated and ridiculous, and I really think this season especially is pretty lame.  I think they are stretching the definition of "former athlete" the way Dancing with the Stars stretches the definition of "star".  And can we mainly just talk about Rob?  I don't want to go on full Mary rant, I know he's a real person and maybe he could stumble on this blog someday, but what's up with the crying tantrums every 2 seconds?  I mean, I'm all about expressing your feelings and not keeping stuff bottled up to a certain point, but you can't fully unleash the cray and punch your ticket to Whiny Town (which is most certainly not as glorious as Funky Town) over every minor thing.  Seriously dude, and I say this with kindness, find some meditation classes before you have a stroke if you have that kind of anger going on. 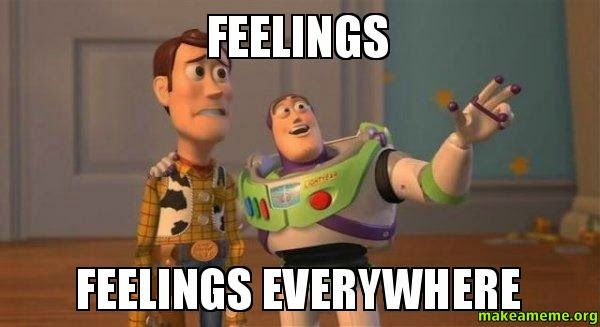 I think I retweaked my back again yesterday.  SIGH.  I did a Richard video and then sat in a chair to do some arm weight stuff.  I woke up today and my back felt a bit off.  I just highly doubt that a silly Richard video hurt my back at all, I feel like it has to be the weights, which really bums me out.  Much in the way that right as I accepted my curly hair, a sudden hormone change has randomly rendered my hair straight and coarse after 20 something years, I'm injured from weights right as I begin to enjoy them and realize their importance in my routine.  Very frustrating.  I am going to ice my back again today and then try to go for a run tomorrow to see where I am at.  I pretty much have to start back running or at least walking long distances what with this half coming up, not to mention being in shape down the line for Seattle training.  The Shamrock isn't really important to me, if I walked the whole thing I could care less honestly, but I'm still going to have to be in enough shape to walk the 13 miles!  I'd rather be able to run most of it so that I'm not out there for 700 hours.

My aunt told me last night that she and my uncle want to come to Seattle with us when I run the marathon, which really touched me.  They were there with Eric at the end of Portland, and it really meant a lot to me then too.  It occurred to me that this marathon will be a bit different, I certainly won't be seeing anyone on the course I know.  Last time it was so morale boosting to talk to my friend Libbie (who was also running Portland) when I saw her briefly around mile 10, and my friends Dave and Carrie met me 3 miles from the finish line when I was honestly about to have a breakdown from loneliness.  It definitely helped, so I am nervous to not really have that option this time around.  I suppose I will have to strike up conversations with people around me!  Hopefully the spectators are as good in Seattle as they were in Portland, because that's always a nice boost too.
Posted by Runs To Get Waisted at 9:00 AM