I just wanted to write a quick post to let y'all know I hadn't fallen over dead!

Christmas Eve was crazy since I spent most of the day cooking things to take over to my aunt's house, squeezing in a 2 mile walk, and then doing some prep for our Christmas day dinner.  I was super bummed out because my new-sh Christmas tradition of making pans of cinnamon rolls for Christmas morning for both us and my aunt was a bit of a fail.  I think the yeast I used may not have been viable because the dough wouldn't rise at all, but I just didn't have time to make another batch of dough.  I thought they were super gummy and nasty, but of course my aunt/Eric were nice and said they were good.  I used the Pioneer Woman recipe and I was not impressed, so I think I'll be finding another one for next year!  Anyway after all of that we got cleaned up and went over to my aunt's house to do dinner and go to their church service.  As always my aunt and I were super mature because she pointed out this teenage boy who purposely has a mullet (a hipster type who I'm sure is doing it ironically), and I said that he looked like MacGruber.  She didn't know who that was, so of course I had to pull up a picture on my smart phone right before the service started. 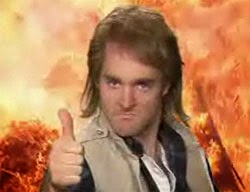 I am going to back up to earlier in the day to show you a picture from our walk on Christmas Eve.  We decided to dress Molly up in her Santa hat/beard to walk her around in, along with some jingle bells.  She was totally pissy about it, but it was worth it to see the smiles on people's faces.  A lot of people came up to hug her or take pictures of her, and once she started getting attention then she didn't seem to mind her outfit so much! 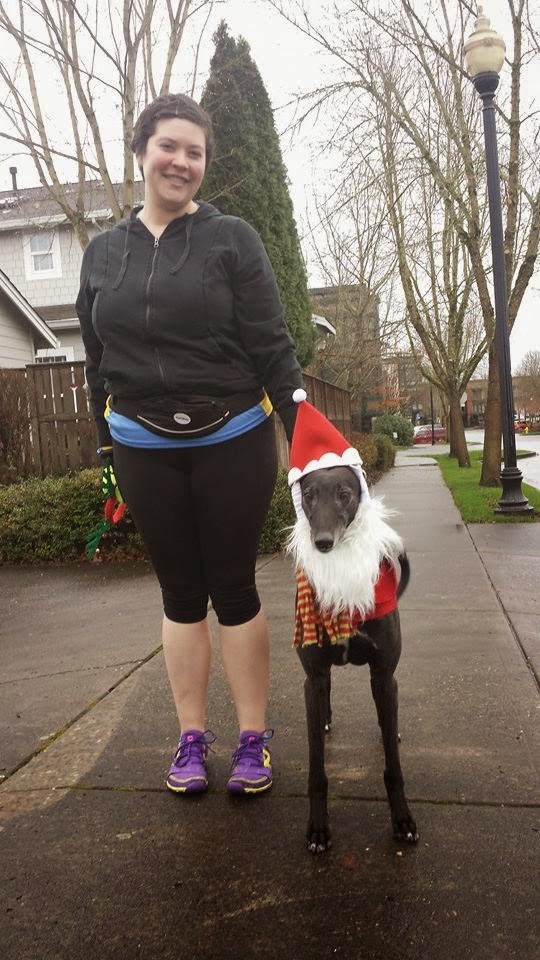 Christmas day was pretty awesome other than the bunk cinnamon rolls.  We did coffee, opened the few gifts we had, made a round of phone calls to family and then started all of our traditional Christmas day TV watching:  Claymation Christmas, SNL's Best of Eddie Murphy, and then Eddie Murphy's Delirious.  In between all of that I fixed and we consumed our prime rib dinner, which was pretty stellar.

Oh and this also happened. 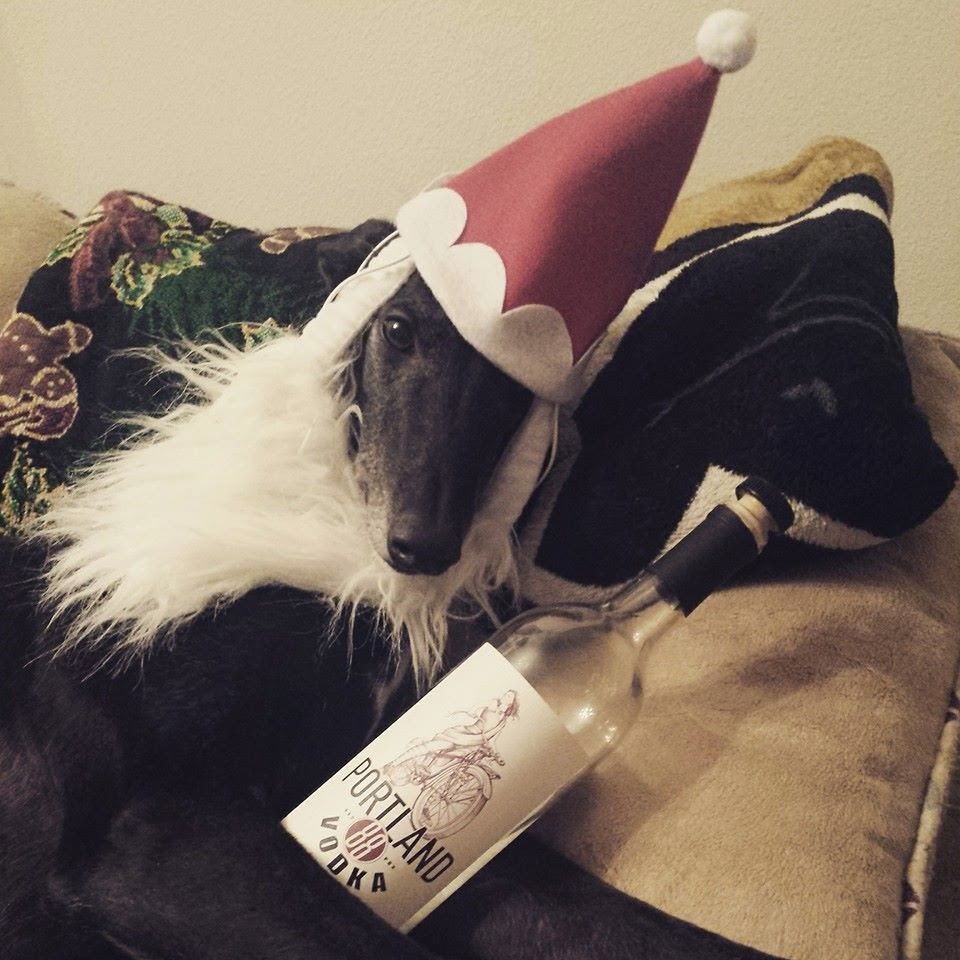 We just had to torture her one last time.  It's my duty as a dog owner.  We're lucky that she's a pretty good sport.

I can't believe that we're a few days away from 2015.  Where did this year go?  Not to sound like my dad, but I feel like time is blowing past me so quickly the older I get.

In full disclosure, all of the eating and fitness goals I had have gone to hell in a handbasket the last 2 weeks.  My 310,000 steps goal for December is still attainable, though barely, so I'm going to really strive to hit that.  I'm pretty confident I can hit it.  The 30 day challenge stuff is definitely a bust, and I might even restart the plank/wall sit challenges for January on top of my other goals.  We'll have to see, it will be a lot to do!  And I am actually looking forward to things calming down and me eating a damn salad!
Posted by Runs To Get Waisted at 8:41 AM