This is the first day in awhile that I have been chilly!  It's taken me most of the day to warm up, and I dare say I've been shivering a little in the house.  Better than sweltering and being miserable like we were in the summer!

I am happy to say that my foot pain is much better today.  I only had a twinge when I woke up this morning, and then I did a round of Yin yoga that seemed to put me in an even better place.  I do have this bothersome shooting pain in the back of my right leg that has actually been happening for the last couple of weeks.  I can't tell if it's a muscle thing, or a "blood clot is about to loosen and knock you dead" thing.  I guess if it keeps up I should go to the doctor, but it really only happens when I am sitting.  Someday I will get my dumb feet and leg issues in order, I swear.

Molly and I had a 2 mile walk on the schedule, but we actually ended up doing 2.5 miles despite the rain and the insane wind we had going on.  She was hilariously pissy about having to walk in the rain, but eventually sucked it up and resigned herself to it.

The rain did stop about 30 minutes into the walk, but by that point we were soaked anyway.  Molly actually had on better gear than I did, I just had on my compression pants and a cotton hoodie.  I was definitely soggy and cold for most of the time.  No complaints from me though, it feels SO GOOD to actually feel cold, and to not be sweating my unmentionables off during a walk.  And of course the leaves right now are just everything. 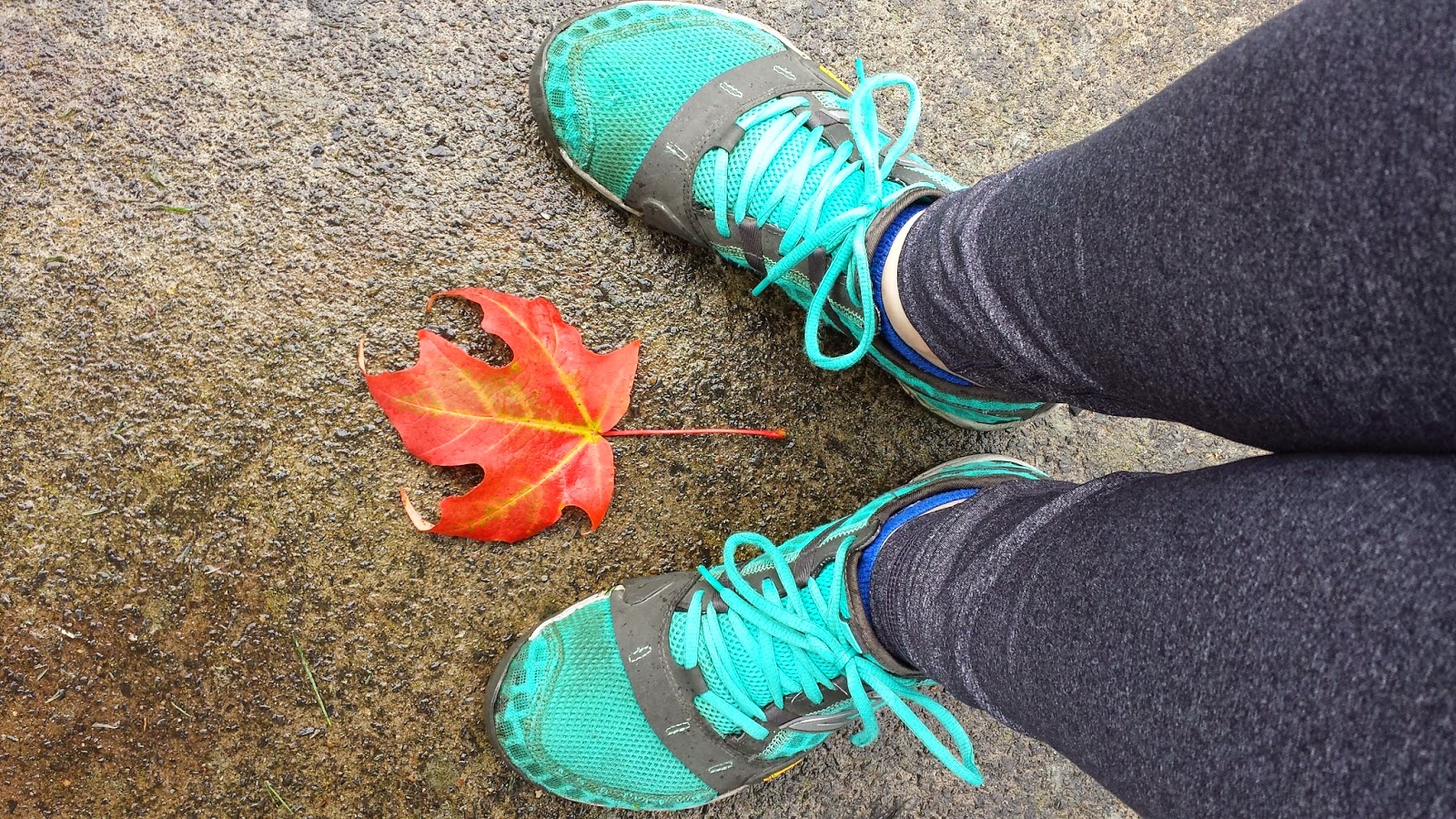 Tomorrow I only have yoga on the schedule, but I may throw Richard Simmons into the mix too, because when ISN'T Richard a swell idea?

Today has been a good food day, so here is the menu: 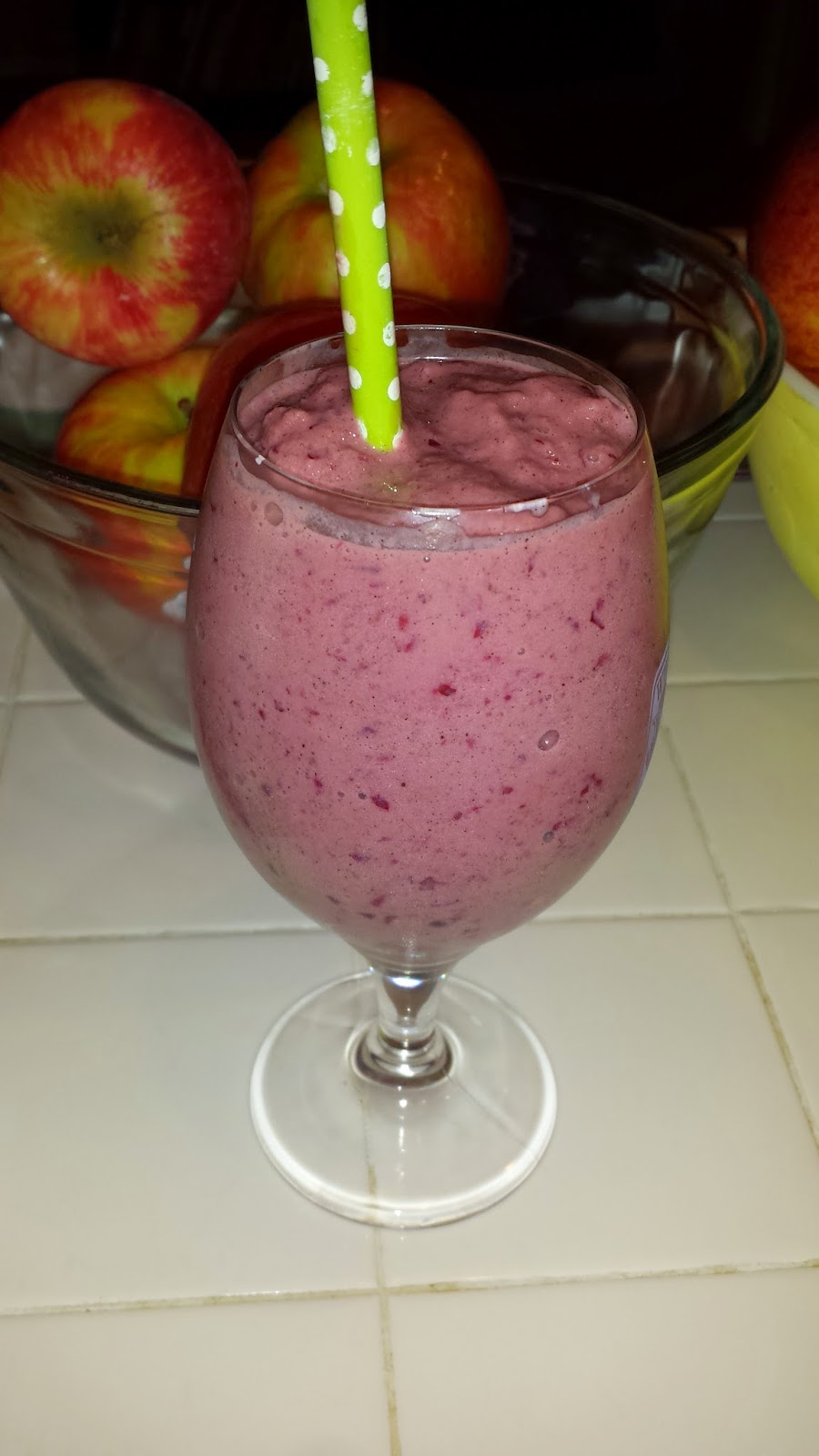 I adapted this from a recipe in the RW cookbook.  It's just frozen cherries, a frozen banana, chocolate hemp protein powder, yogurt and almond milk.  It's definitely more attractive that some of the other stuff I made, and was awfully tasty too!  I also had half of an apple from one of the apples we got at the apples we got from the pumpkin patch.  They are HUGE, so you have to split them.  I took a picture of a normal apple from the store next to one of the ones we got this weekend so you can see how monstrous they are! 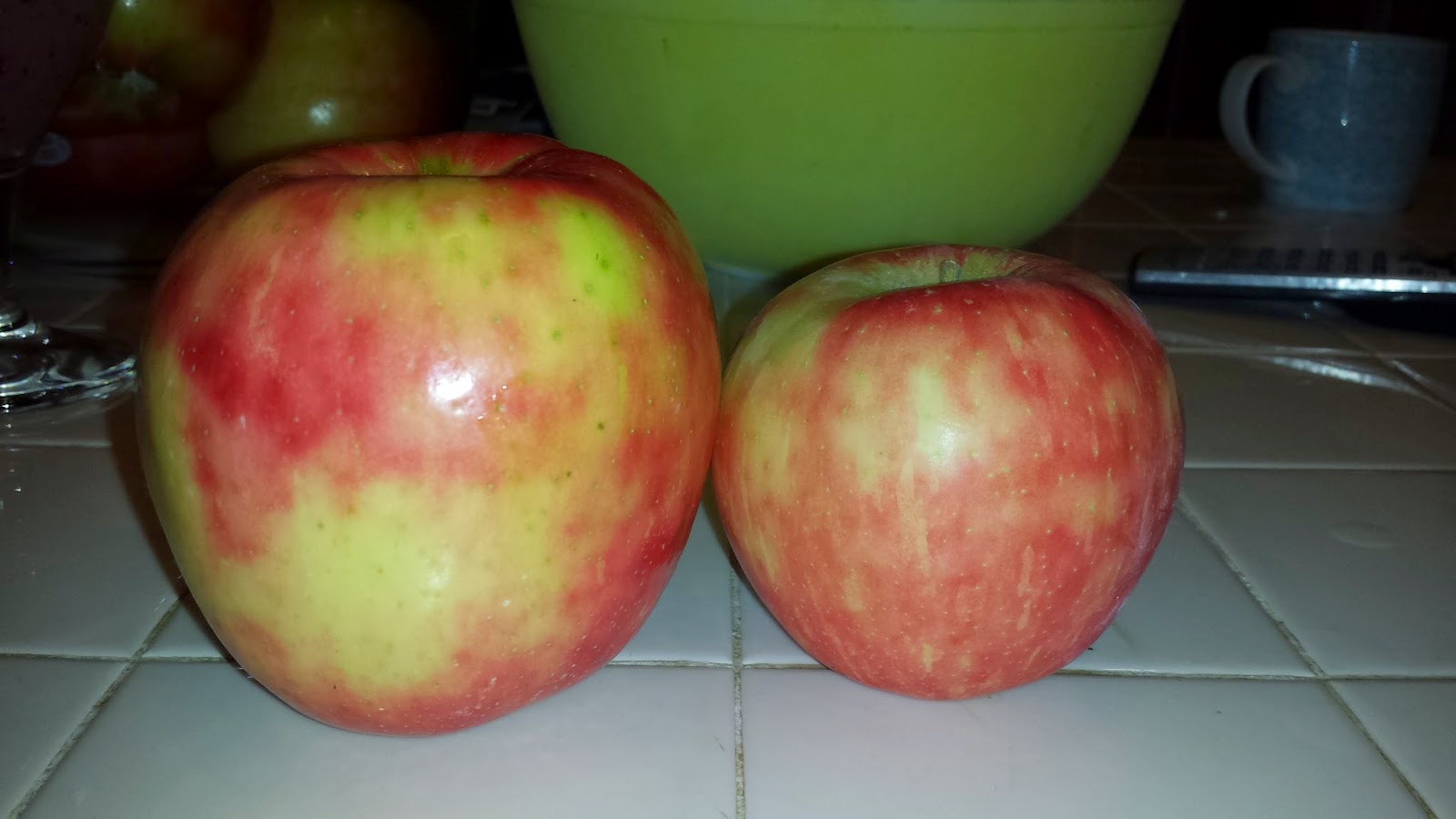 Lunch:  Chickpea & Tomato Soup with Pesto from the RW cookbook 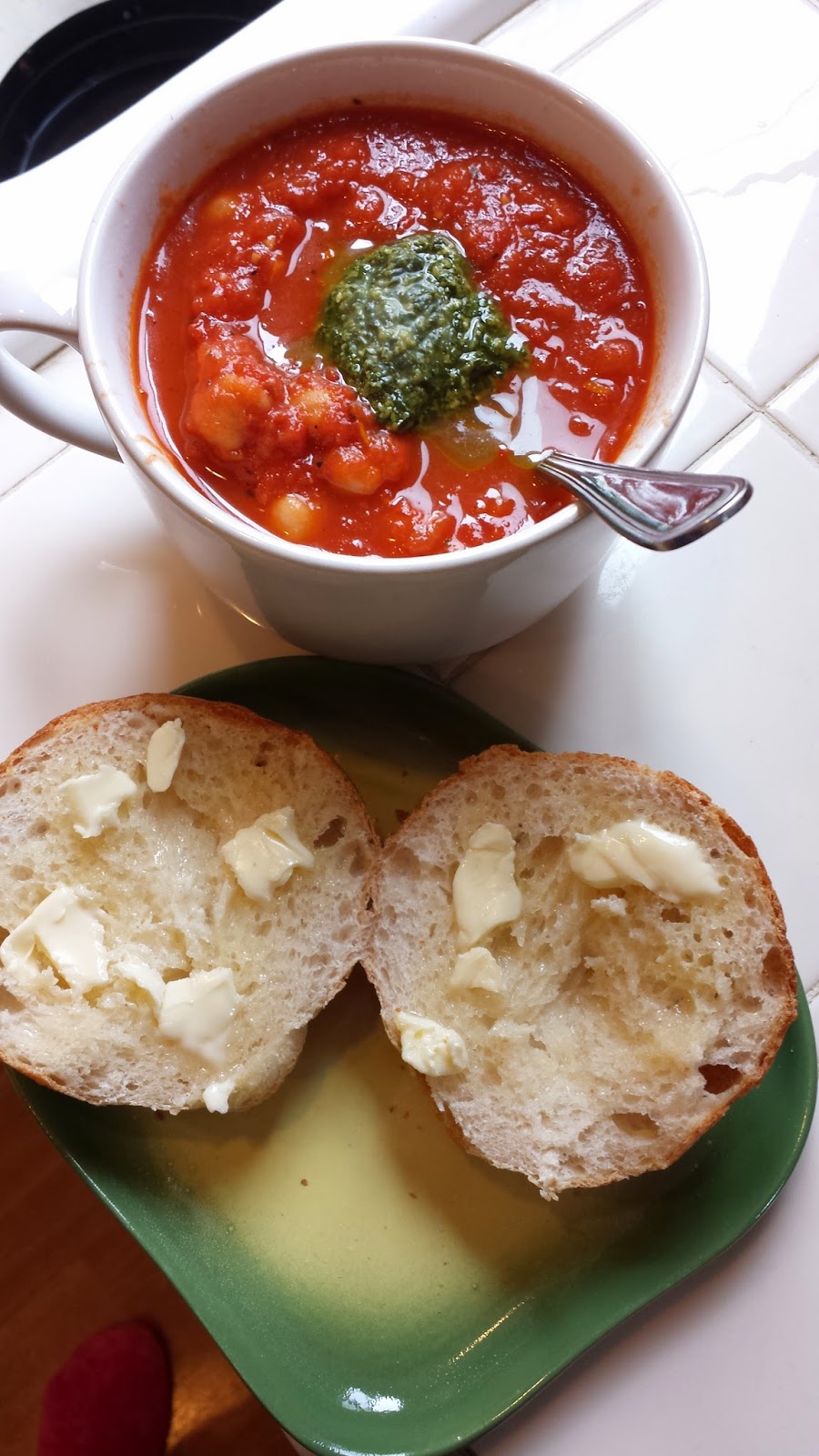 I rarely meet a tomato soup that I don't like, and I think grilled cheese sandwiches with tomato soup is just about one of the most perfect meals in the world.  It stood to reason that I would like this, and I definitely did.  Although ironically I found myself wishing that it was just tomato soup and didn't have the chickpeas.  I suppose that would defeat the purpose since they provide protein.  I also wish that I had blended the soup a little longer.  I like my tomato soup very smooth and without any chunks.  That's just a personal thing, but I was in a hurry yesterday so it was still a bit chunky.  I added about a teaspoon of fresh orange zest to the soup, which for the record, that is a secret ingredient for tomato soup that will knock your socks off and keep anyone who tastes it guessing.

And can I just say, that sourdough roll was heavenly?  And yes that is real butter, and no I am not sorry.  :P

Dinner:  Chicken and Peanut Sauce with Rice Noodles from the RW cookbook

This is the first recipe from the RW cookbook that I was just not at all impressed with.  While I am the type of cooks that makes tweaks when I see something that doesn't look right as written, I made this recipe as is from a sauce standpoint.  I did use rice noodles instead of soba noodles since the store didn't have soba, but that shouldn't have made a difference.  The sauce was really off, specifically due to the 1/4 cup of rice vinegar it called for.  It was just way too much sour, and there wasn't any layers or balance to the sauce.  I feel like I never have much luck making Asian dishes as it is, but I really wasn't happy with it at all.  Sadly the leftovers are on the menu for tomorrow, so I guess I'll have them.

I was in a hurry and so disenchanted that I forgot to take a picture, but you know...it looked like noodles with chicken on them.
Posted by Runs To Get Waisted at 5:17 PM