Yesterday was quite productive from a planning standpoint!  After some hemming and hawing, I almost have my menu for next week set, though I screwed up because I got confused about a couple of days where I thought we had plans, so I have to redo it slightly.  I also want to do all of the tracking and calorie counts for the menu in one fell swoop just so that I can get it over with so that I'm not having to do it a day at a time.  That way I only have to think about it one day a week as opposed to every day, because I'm weird like that.

I've kind of moved away from the PINK Method stuff and am going to focus more on eating out of one of my newer cookbooks, but it quickly rising to be one of my favorites.  I mentioned it a million years ago, but awhile back I got the Runner's World cookbook because I was intrigued, and I have actually been pretty impressed with everything I've made from it so far. 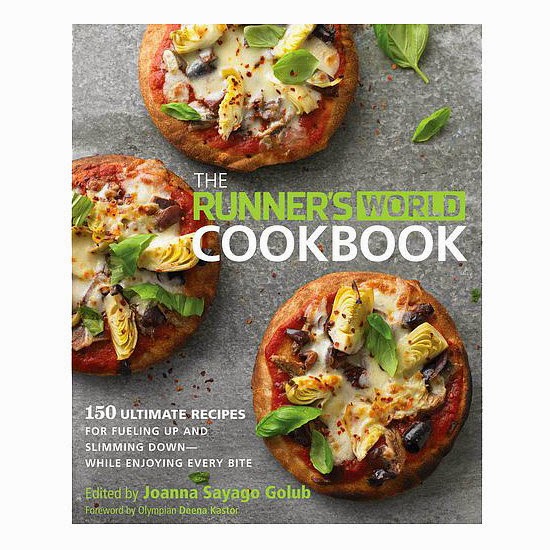 While it's obviously geared towards runners, anyone who works out and wants healthy meal ideas to power them through the day will appreciate it.  The recipes are all straight forward, contain simple ingredients and are quick to make.  If you are a runner, each recipe is flagged for whether it's good for prerun, recovery, etc.  Again, I've been very pleased with the handful of recipes I've made from here, especially with the potato salad recipe that has become a favorite in the house!  I hate traditional potato salad, but this version kicks ass.  There is also a watermelon and feta cheese salad recipe that's to die for, a poached halibut recipe that was yummy and elegant, and tons of other stuff that I am eager to try.  The recipes range from typical, to vegan to gluten free.  There's a little something for everyone.  When I get my menu all done, I will try to post what I'm eating day by day, along with my "reviews" of the recipes.

The reason I decided to make my first menu almost entirely from the cookbook is that it focuses on nutrition and not on fads.  It's very balanced and there's no "gluten/dairy/fat/carbs/meat are evil for you" message to it.  It's just very straightforward "here's the stuff that's good for you and how it can influence your performance, here are some recipes, here's roughly the nutritional information".  It's kind of the reason I didn't want to delve back into the PINK Method.  While it's effective, I was hungry a lot, and there's just so much you can't eat on it.  While Cynthia seems cool and pretty genuine, I don't want to be vegan (which is pretty much what she wants you to do), and I don't have time to stress about every little thing to the point where I become a Portlandia skit when it comes to my food.  I just want to eat good food, try to eat organic when I can and live my life.

Side note, did anyone see that South Park the other night about the anti-gluten craze?  I seriously don't know when was the last time I laughed that hard, it was so on point.  And before there are hurt feelings, of course I know some people genuinely have a gluten intolerance, but the episode was geared more towards the people who are doing it as a diet fad.  Hilarious stuff.

I also signed up for another race last night, just a silly little Halloween 5k on October 25th that's by our house.  I figured it would be good practice to get back into running and jump start my enthusiasm for racing again.  Oh, and they give out medals to everyone, even the 5k people, so there's that.  ;)  At that point I will have been training for 2 weeks, so I feel like I will probably do okay and be able to run most of it.

I wanted to close by telling you about the new app I've been using (new to me anyway) that might be of interest to you dog lovers.  It's called "Walk For A Dog" by a company named WoofTrax.  I had never heard of it until the organization we adopted Molly from started promoting it on their Facebook page.  The app keeps track of whenever you walk your dog, and then donates money for every mile to an animal charity that you designate. I'm not clear how much money it is exactly, I think it ranges from 11 to 25 cents a mile.  Still, it's pretty awesome and all of those cents add up!  It definitely motivates me to walk Molly a little further, and we are helping other greyhounds while we do it!  Of course with Molly it's more like "stop every 30 seconds to pee and then act bored after 5 minutes for a dog", but still.  If you want to see if your favorite animal charity is listed here and are interested in downloading the app, here is their site:  http://www.wooftrax.com/

If you don't have a cause but still want to use the app, you can always walk for Greyhound Pet Adoption Northwest.  :)  If you do, Molly says thank you in advance! 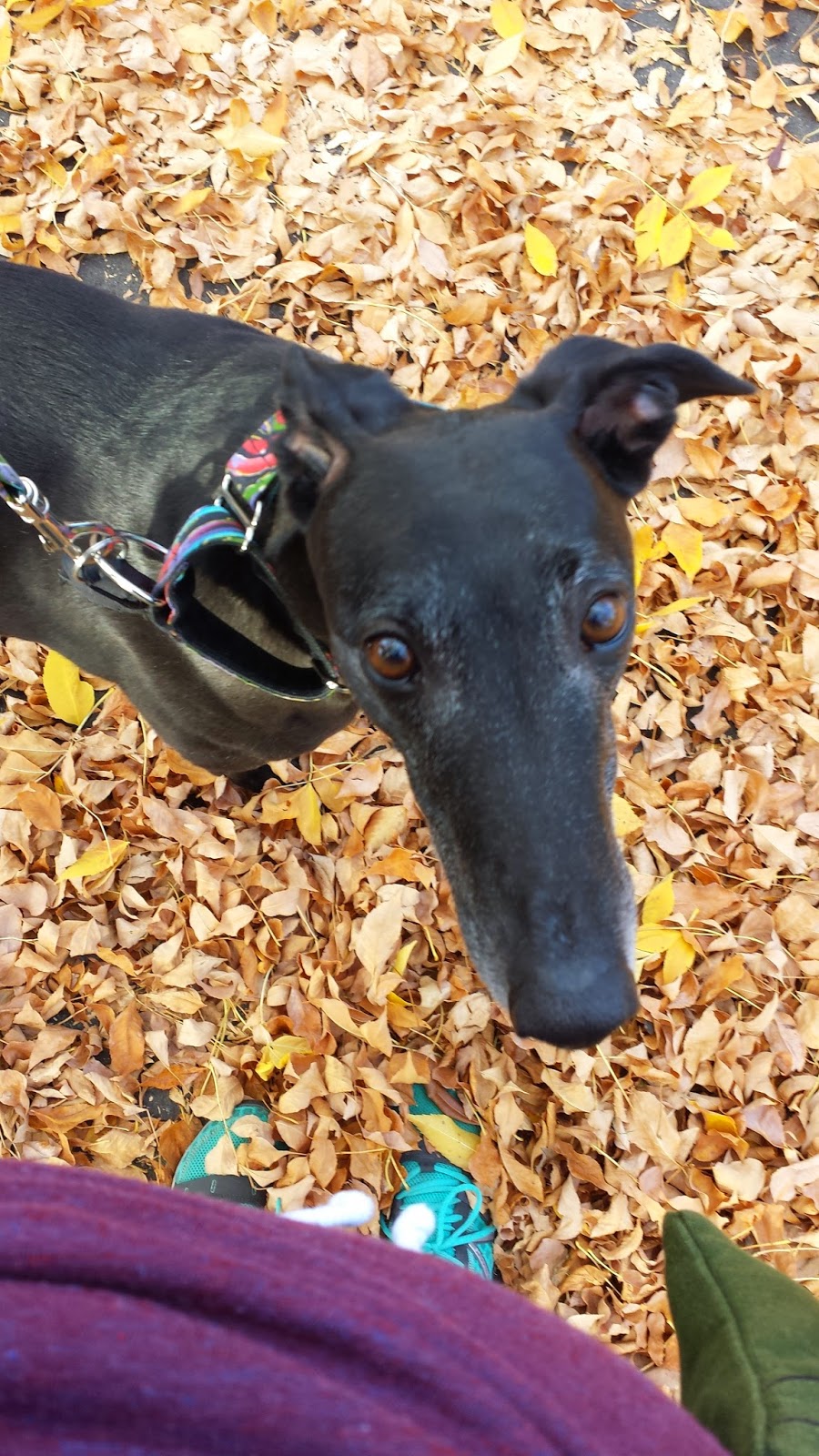