You're As Cold As Ice

Okay, the snow isn't fun anymore.  Well, the snow isn't the issue, it's that we got an ice storm last night that covered everything in an inch and a half coating of ice glaze.  Kind of like this: 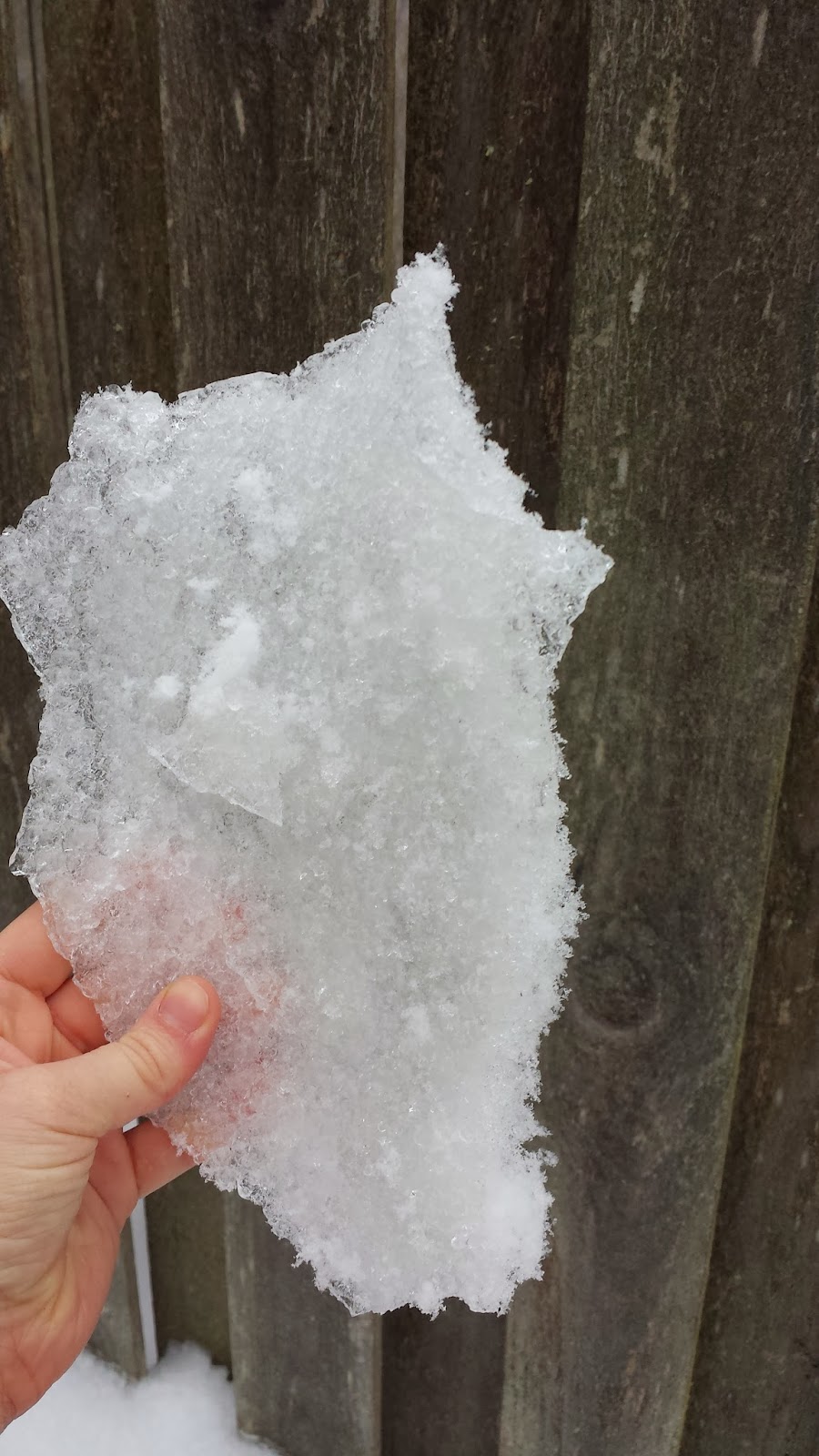 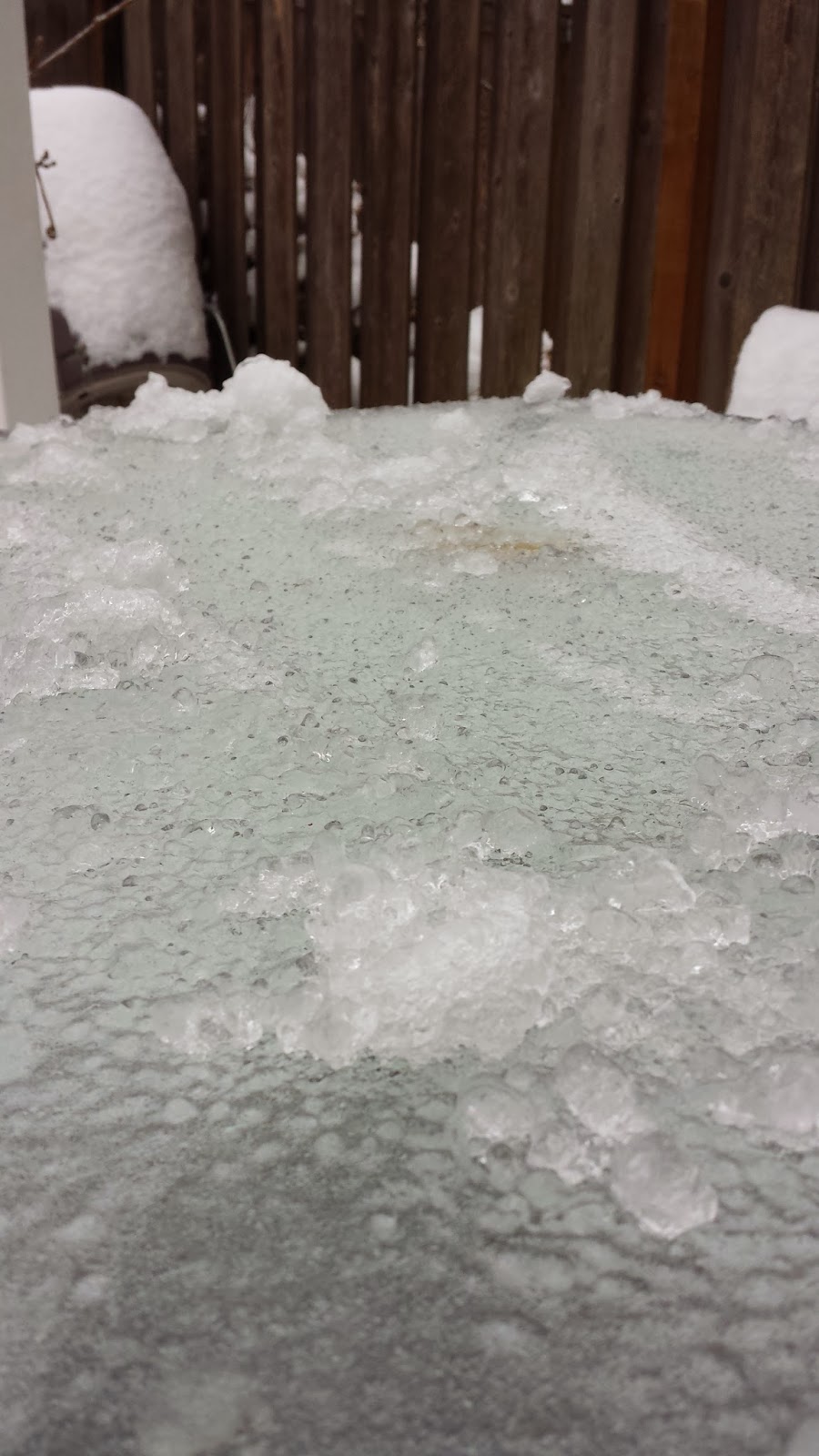 That is not water, that's an inch thick crust of ice.  Any surface that was shoveled or any snow that was stomped down and compacted turned into that.  Needless to say, we didn't get out for a walk today much less a drive!  It's funny how normally I love nothing more than being on the couch binge watching some Golden Girls (or the last couple of days, the Olympics).  But when you CAN'T leave your house, suddenly you begin to feel antsy and totally crazy.  And Molly, OMG....I was about to just drop her off at an orphanage today.  She decided she was terrified of the ice, so getting her to go outside and potty became this battle of wills.  Then she decided that the sound of idiots driving on the ice (despite there being a statewide plead for people to not drive) was the most terrifying thing on the earth, so getting her to even get up to go outside was complete drama.  I got so mad about it all that I spent over an hour outside trying to clear the yard so that she could go pee in peace.  I was having to use a normal shovel to chip up the packed ice, and then the snow shovel to shovel it all to the side.  I definitely got my exercise in, and got so sweaty that I had to just ditch my hoodie and finish up in a t-shirt!

I am kind of worried that some of my plants are not going to make it.  I'd just planted a couple of primroses, and those are definitely good as dead.  So much for wanting a little splash of spring in my yard!  I'd also just planted a bunch of lavender and moved my blueberry bushes and apple trees around.  Everything was coated in ice, including my poor blueberries, which were just starting to bud out. 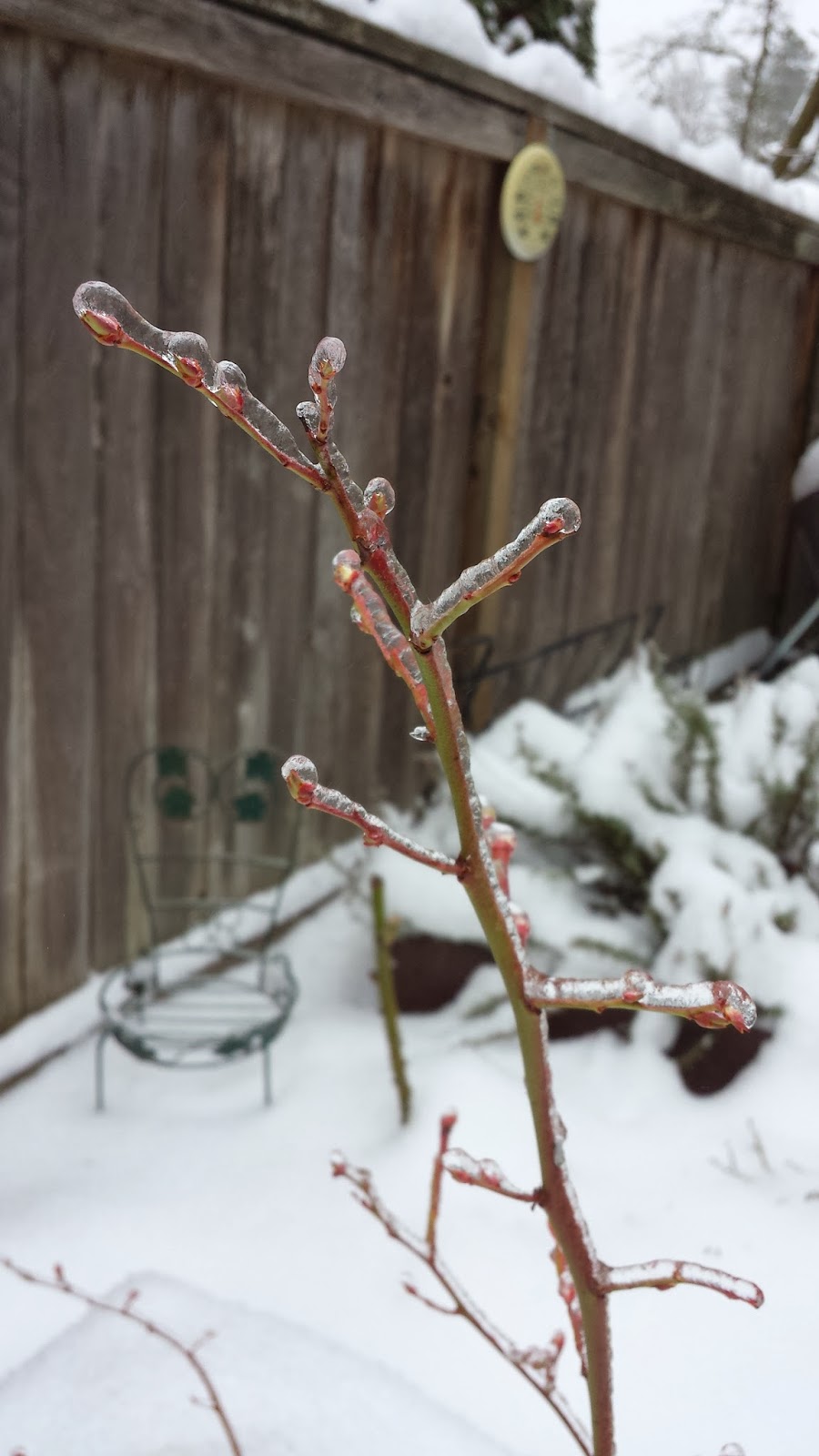 I have babied those things along for over 3 years now, and was happy to finally plant them in a permanent space, so I am going to be pretty mad if this snow and ice killed them!  Same for my poor apple trees, which are only a couple of years old.  I tried to cover everything, but some of my frost blankets blew off before the snow hit, so some of the stuff was exposed.

The temps hit at about 38 degrees today, so I am hoping that things thaw out pretty quickly now.  I am dying to get back to taking some walks and runs.  So speaking of runs...apparently a video from one of our Oregon news affiliates went viral this week.  Eric and I were actually watching the news when all of this went down, but one of our news people was interviewing this couple who was running during the height of the snowstorm.  Eric and I both were like, um they are fools.  The girl was blathering on about how perfect snow is to run in, and then this happened...


I know that I tend to lean towards the lazy and fat way of life, but THAT is why I don't try to run when the weather is ridiculous.  My tailbone hurts just watching that, and I will do my next run when all of this garbage is thawed, thank you very much!  Speaking of, my next half marathon is a week from now!!  Yikes!

Has anyone been watching the Olympics?  I didn't think I would watch much of it simply because the winter games don't quite interest me as much as the summer games, but I've actually managed to see quite a bit of it.  The snowboarding stuff is actually pretty exciting to watch, even though I am so nervous for the athletes that I practically need Xanex!  They really do some crazy maneuvers, and with my fear of heights I am just totally scared to death for all of those guys!

I also thought the opening ceremony was the most beautiful and cool one that I've seen in awhile.  I am fascinated with Russian culture, dance and art, and this certainly had all of that in spades.  I know there is political drama around the games being in Russia, and I definitely disagree with Putin and Russia's stance on a lot of things.  However, I try to just focus on the athletes and their hard work to get there, and the coming together of so many countries for a common purpose.  The Olympics are a special thing, and I always manage to feel a little teary when I see an athlete freaking out when they've won a gold medal, no matter what the country.  It takes so much sacrifice and hard work to get to that place, and that's something we can all put aside politics for to admire just for a little while.

Hope everyone is staying warm and getting some good exercise in!