Today Eric and I wandered around Portland for awhile.  We'd intended to see the movie Philomena, so we tried killing time at the mall but got bored with that, so we walked down to Macy's.  I'd been mulling over buying a bottle of nice perfume to wear occasionally, and I really do mean occasionally since I'm not a huge girly girl, and I also don't like to choke people to death with crazy perfume.  I was certain of one of the perfumes I wanted, a really nice amber scented perfume from Estee Lauder called Sensuous that I had a sample for and ran out of after 3 years.  But back in my mind, I had another obsession, an itch to scratch if you will, so bear with me in my story because it does eventually come back to perfume.

I have really been obsessively thinking about my late grandmother lately.  I mean I think about her every single day because she was totally amazing, and was one of my favorite people in the entire world, but   around Christmas I just got this really intense sadness about missing her.  Her name was Marion, but we called her Mammy for reasons that I honestly don't know.  (You did NOT refer to her as grandma or maw maw, that would warrant the cussing fit of all cussing fits...and people wonder where I get it from.)  Anyway, this is her when she was younger.  Crazily enough, she thought she was ugly...clearly one of the few things she was wrong about. 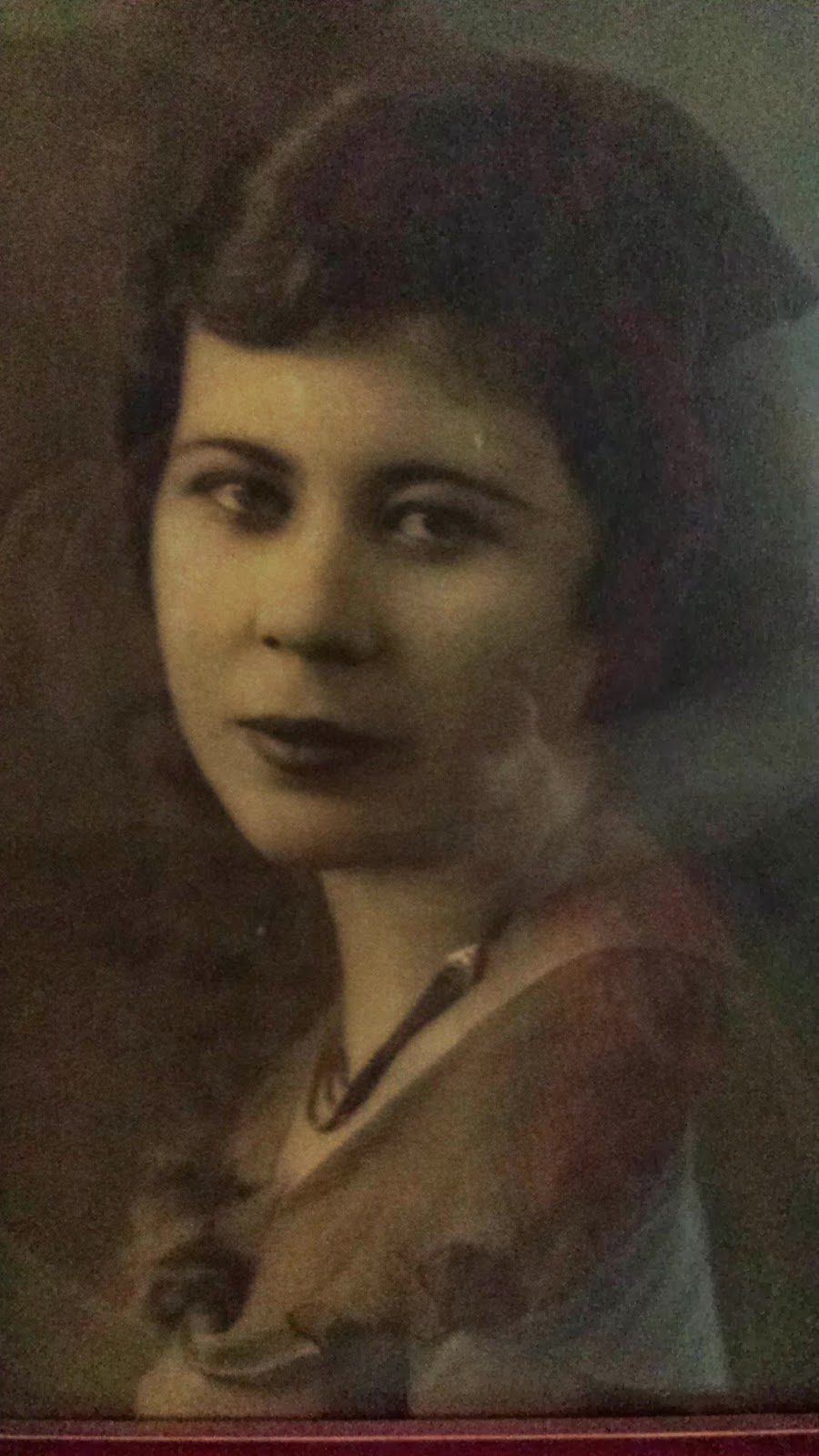 Mammy died of ovarian cancer when I was 17 and she was 81.  Obviously in most people's eyes she lived a long life, but an eternity wouldn't be long enough in mine.  She was a hilarious, kind, loving, special lady and I do really miss her.  I often remark to Eric that I mourn the fact the two of them never met, because she would have absolutely adored him.  Like her, he has a razor sharp, quick, sarcastic humor, and I can totally picture them having a good laugh.

Like I said before, I got a bee in my bonnet around Christmas thinking about her even more than normal.  Little things started to happen.  I was thinking about her in the car one day, then turned the Sirius radio over to 40's on 4 (which I never listen to but felt compelled to switch over to), and they were playing Henry Mancini.  Mammy had a cassette of Mancini's greatest hits, and would play it by my request on the way to preschool.  After finishing the Louisiana Half back in January, my aunt reminded me that it was the anniversary of Mammy's death, and that she couldn't think of a more fitting tribute.  I cleaned out a bunch of closets this week and found a ton of cards I'd kept from her, and of course sat and read every one of them and cried my damn eyes out.

A couple of weeks ago I was puttering around the house and found this gold compact thing of hers that once held solid perfume, but not just any perfume..evil Estee Lauder's Youth Dew.  For as long as I can remember Mammy wore Youth Dew perfume, and we all absolutely hated it.  I relate to the Sex Panther scene in Anchorman, because that was totally my feelings on Youth Dew.  I know there is a long history with Youth Dew, and it was very popular back in the day, but good God.  As I remarked to my aunt today, the roughly 5 to 7 sprays that Mammy used probably didn't help matters, but Youth Dew smells like gasoline.  And what the hell perfume is BROWN other than Youth Dew??  But, it's what she wore, and I was surprisingly sad when I opened the compact and took a whiff, because I couldn't smell anything.  I had the urge to smell Youth Dew just once just for that memory, so when I couldn't it made me want to go to a perfume counter and ask for a spritz.

So we walked into Macy's today and I went to the Estee Lauder counter, and there it was, just as I remembered it.  Brown perfume in a glass bottle with a gold bow on it.  The perfume lady almost looked amused when I picked it up, probably because only memaws usually pick up Youth Dew.  I sprayed it on a card and nearly choked to death, because it still smelled like gasoline.  I told the lady I was going to walk around for a bit and then come back.  I rubbed a tiny bit of the perfume from the card on my wrist, and a funny thing happened.  Not only did the memories of Mammy and the perfume come back, but once the perfume settled out on my skin, it wasn't that bad!!  In fact, as I walked around it really grew on me.  After a lap around Macy's I went back to the counter and not only bought the original perfume I intended to buy, but also a small bottle of the Youth Dew bath oil to use as perfume.  When I got home I put a little more on my wrist (and I do stress a little bit, because the shit is aggressive), and after letting it open up for an hour or so I totally, totally get it and why it was popular. 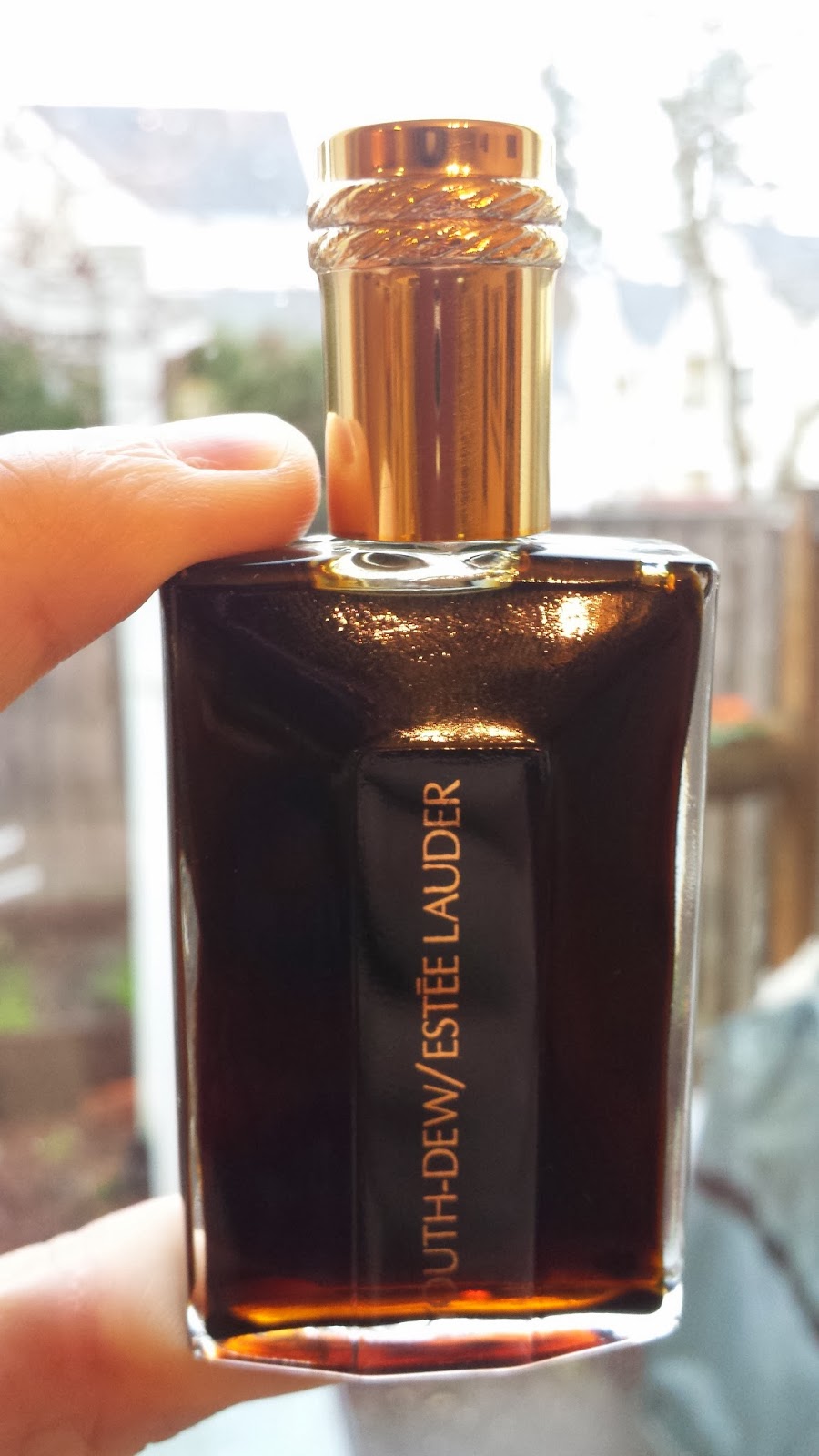 It's a very glamorous perfume, something that someone like Lauren Bacall would have spritzed on before grabbing her mink coat and leaving for a night of drinks and dancing.  It's definitely a perfume with balls, and not suited to girly girls who like super sweet or flowery perfumes.  It's not something that you'd want to wear to your cubicle job, and definitely not a perfume you want to really shower on.  I am so glad I got it, I have been snorting my wrist for hours remembering how everything down to the TV Guides in Mammy's house smelled like this perfume.  I don't see wearing it to my job or something persay, but I definitely will wear it now and again.  Mammy is probably having a good triumphant smile at me buying this today!

And just so my other perfume doesn't feel left out.... 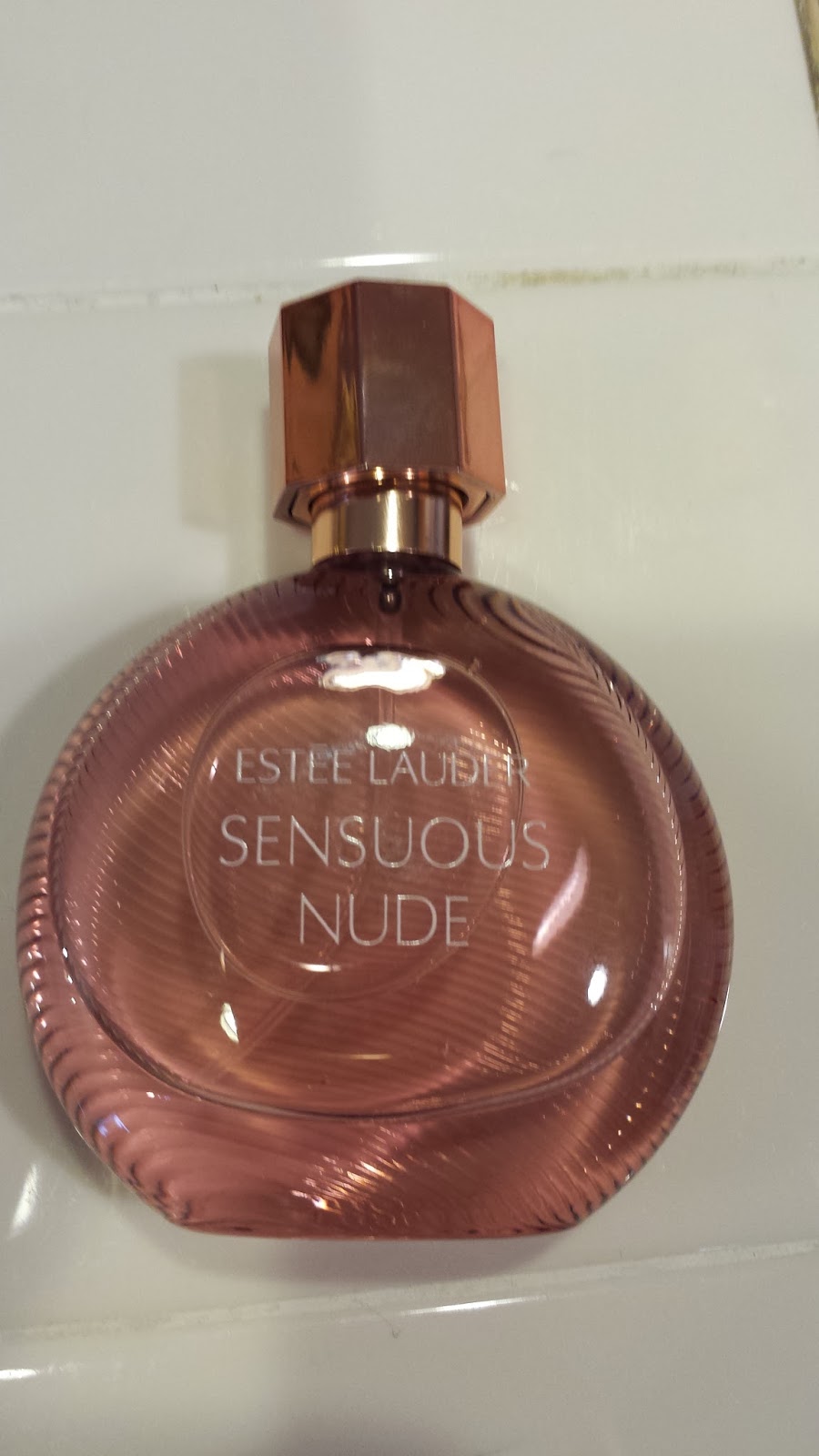 This one is a great perfume too and probably a little more "likable".  Definitely more of an every day perfume.  At this rate, I will not have to buy any type of perfume for the next 7 years, because that's about how long it's going to take me to get through these!
Posted by Runs To Get Waisted at 5:54 PM